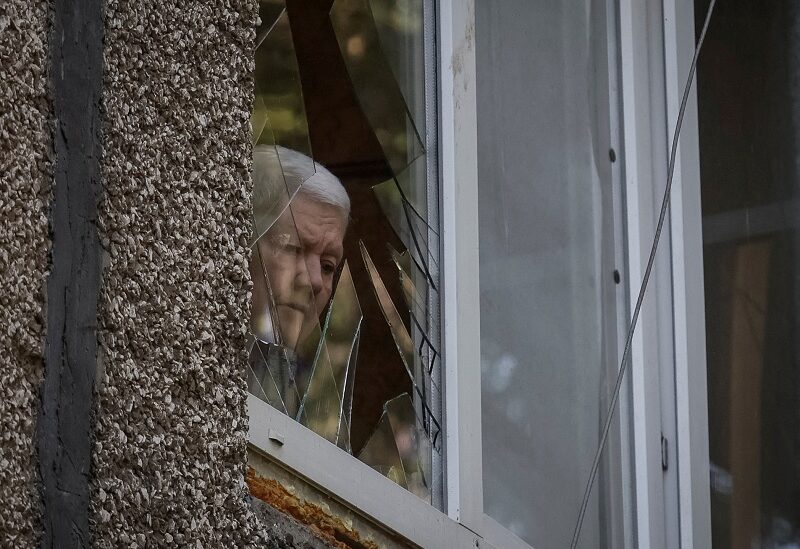 A local resident looks out through a broken window at a school building damaged by a Russian military strike, amid Russia's invasion on Ukraine, in the town of Kostiantynivka, Ukraine July 13, 2022. REUTERS/Gleb Garanich TPX IMAGES OF THE DAY

In the second strike this week on a Russian-held area in southern Ukraine, Ukrainian forces hit two military checkpoints and a landing pad on Thursday, Ukrainian officials said.
The new attack on Nova Kakhovka in the Kherson region killed 13 “occupiers,” Serhiy Bratchuk, spokesperson for the Odesa regional administration, quoted the Operational Command South as saying. He cited no evidence for the death toll.
Russia’s defense ministry did not immediately comment.
Ukraine’s military said on Tuesday that an attack by its forces on Nova Kakhovka had killed 52 people. The town’s Russia-installed authorities said at least seven people were killed in that attack, Russia’s TASS news agency reported.
Reuters could not independently verify the battlefield accounts.