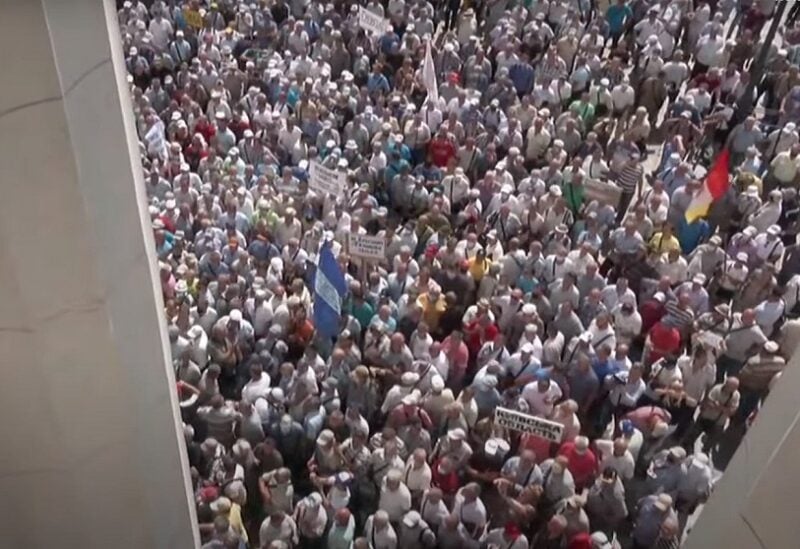 Several hundred retirees of the Ukrainian Interior Ministry, who are attempting to forcefully enter the parliament building in Kiev, clashed with the police on Wednesday, Ukraina 24 TV channel reported.

The retirees, who demand a recalculation of pensions, are trying to break through the police cordon guarding the entrance to the parliament, according to the Ukraina 24 TV broadcast.

At the moment, traffic in the center of Kiev is blocked due to mass demonstrations.

Ukrainian police retirees have been demanding a recalculation of their pensions, which has not changed since the police reforms, launched by President Zelensky.