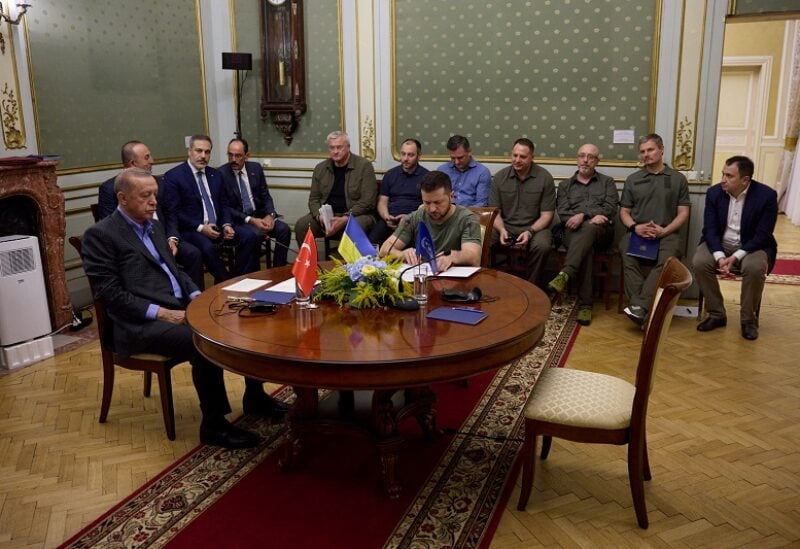 “I had lengthy conversations today with Erdogan, the Turkish president.. We talked about cooperation in the economy, energy, and defense sectors,” Zelenskyy said in a video message.

On Thursday, Erdogan visited the Ukrainian city of Lviv and met with Zelenskyy and UN Secretary-General Antonio Guterres.

“I appreciate Turkey helping out with this project by taking care of Kharkiv’s and its surroundings’ reconstruction. A country that is extremely powerful can complete this task. The infrastructure agreement was inked today, marking the first stage,” the Ukrainian president said.

According to Zelenskyy, the world’s food crisis started to improve once the grain corridor deal that was agreed in Istanbul by Türkiye, Russia, Ukraine, and the UN came into effect.

“The result is clear and not only for Ukraine, but also for the world. Because the severity of the global food crisis is felt to be diminishing,” he said.

Zelenskyy stated that he urged Erdogan and Guterres to respond to Russia’s plans to conduct “fake referendums” in territories Moscow unjustly annexed during the war in Ukraine.