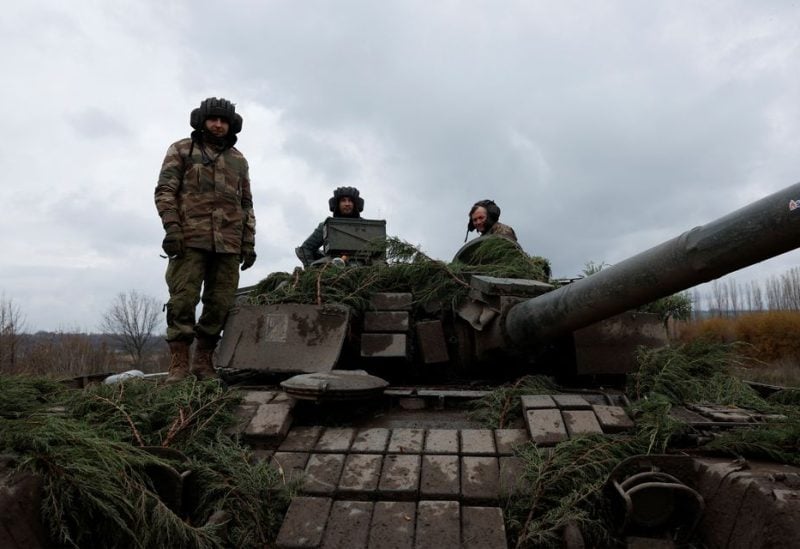 On Tuesday, Petro, a Ukrainian soldier stationed in the Donbas not far from Russian positions, recited matter-of-factly how his unit had to use buckets to clear out water-logged trenches. He was squelching through thick mud.

“We’re mostly alright, but it’s getting a little harder now that it’s raining and slightly chilly. It is a marsh. Today, it has dried a little “As he warmed up in a dugout close to the trenches, the 35-year-old said.

Heavy rain and falling temperatures are making conditions even grimmer along the frontlines, where tens of thousands of Ukrainians and Russians are facing off as the war, now in its 10th month, grinds into winter.

Buoyed by the recapture of the southern city of Kherson from Russia this month, Ukraine wants to maintain the initiative on the battlefield even as deteriorating conditions make it harder to manoeuvre easily and for troops to keep warm.

Soldiers walked Reuters around their filthy living quarters at a location in the southern Donbas region of southeast Ukraine. The military advised against revealing the precise location.

A Ukrainian tank was readily able to speed along a muddy track before opening fire on a Russian target despite the difficult terrain.

The Donetsk and Luhansk provinces, which Vladimir Putin has declared to be Russian territory, are part of the heavily industrialized, partially occupied Donbas region.

Some of the heaviest combat of the conflict has taken place in this area, which includes the minor cities of Sievierodonetsk and Lysychank as well as the damaged Sea of Azov metropolis of Mariupol.