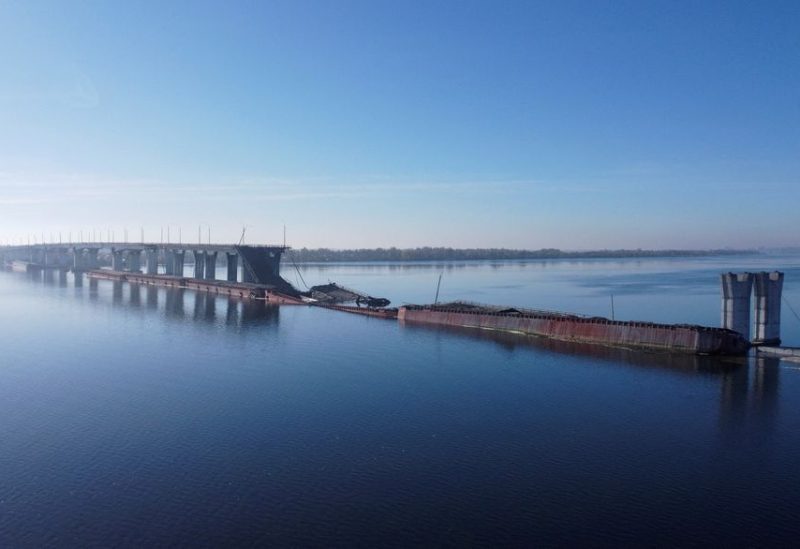 A view shows the destroyed Antonivskyi bridge over the Dnipro river after Russia's retreat from Kherson, in Kherson, Ukraine November 15, 2022. REUTERS

On Sunday, Ukrainian families endured terrible cold as they waited for their loved ones to cross from the Dnipro River bank controlled by Russia to Kherson, a city that has been heavily shelled since Ukraine retook it from Russian forces last month.

On Saturday, military officials in the Kherson region of southern Ukraine issued a warning that combat could worsen and announced they would temporarily relax a crossing prohibition to aid in the evacuation of residents of the Russian-occupied zone on the east bank.

Under the three-day amnesty which began on Saturday, Ukrainians living in villages across the river can traverse the Dnipro during daylight hours and to a designated point.

But as the amnesty’s second day neared its end, there had not been a single crossing. Around 20 people waited gloomily with a group of soldiers and an ambulance at Kherson’s river port, to the constant sound of shelling nearby.

Olena, 40, who would only give her first name and declined to give her surname to protect the identity of her family, said she was waiting for her 10-year-old daughter.

Olena had travelled to Germany for work just days before Russia invaded Ukraine in February and had been unable to see her daughter since.

“I wish I could go and pick them up,” she said.