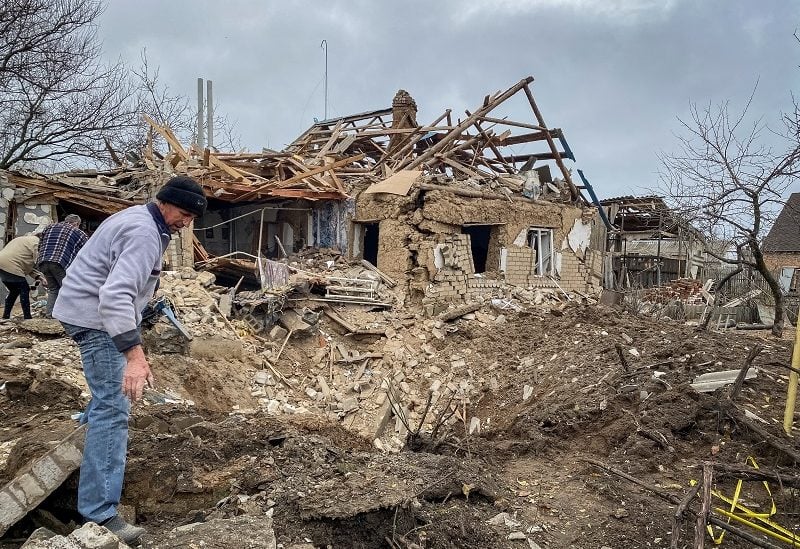 Local residents inspect a crater left by a Russian military strike, as their attack in Ukraine continues, in the village of Komyshuvakha, Zaporizhzhia region, Ukraine, November 21, 2022. REUTERS/Sergiy Chalyi

A major Ukrainian energy provider on Monday said that citizens will most likely have to live with blackouts at least till the end of March next year.
Workers are scrambling to finish repairs before the winter cold sets in, according to Sergey Kovalenko, chairman of YASNO, a significant private energy provider for Kyiv.
In a statement on his Facebook page, Kovalenko stated, “I would like everyone to understand: Ukrainians will most likely live with blackouts until at least the end of March.”
Kovalenko warned that the nation should be ready for all eventualities, including protracted power outages. He advised the people to “Stock up on warm clothes, blankets, think about options that will help you wait a long outage,” adding “It’s better to do it now than to be miserable.”
According to a Reuters story citing Ukrainian President Volodymyr Zelensky, as winter sets in and temperatures drop below freezing, millions of people are left without access to water and energy.
The president urged the nation’s citizens to conserve energy, asking them to be “mindful and redistribute their consumption throughout the day”.
More than 950,000 customers were disconnected as a result of new restrictions the grid operator placed on the distribution of electricity on Monday, said Kovalenko.
Even as regions across Ukraine experience regular blackouts, grid operator Ukrenergo on Tuesday announced that the country will see additional planned shutdowns.
Russian state-run TASS news agency reported late last week, that as per Dmitry Peskov, a spokesman for the Kremlin Kyiv’s refusal to negotiate is the cause of the blackouts and Russia’s attacks on energy infrastructure.