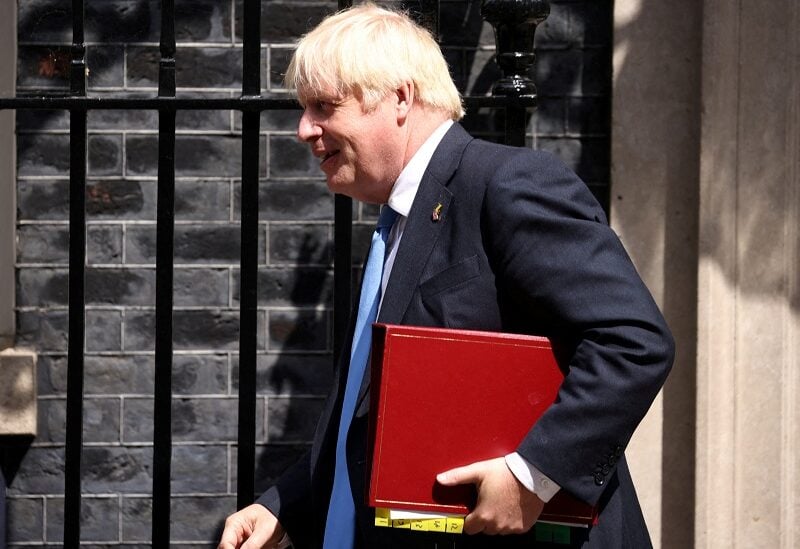 “It was Putin’s invasion of Ukraine (this February) that spooked the energy markets. It is Putin’s war that is costing British consumers,” said outgoing British Prime Minister Boris Johnson on Sunday, blaming the UK’s growing cost of living crisis on Russian President Vladimir Putin and his ongoing war on Ukraine.

In a guest op-ed for Sunday’s Daily Mail, Johnson said the Russian president found joy in knowing that the lives of many British people were going to get difficult.

“It was Putin’s invasion of Ukraine (this February) that spooked the energy markets. It is Putin’s war that is costing British consumers,” wrote Johnson, who is soon to be replaced as the Conservative Party’s prime minister after a series of scandals.

“That is why your energy bill is doubling. I am afraid Putin knows it. He likes it. And he wants us to buckle,” he added.

According to Johnson, Putin believes that as winter approaches, European politicians will soften their position towards the Russian president, ease sanctions over the war, “and go begging for Russian oil and gas.”

Johnson admitted that many people across the UK would suffer as a result of the cost of living crisis but reassured the public that his successor would offer financial support and that Britain would emerge prosperous once the crisis recedes.

“We must and we will help people through the crisis. Colossal sums of taxpayers’ money are already committed to helping people pay their bills. That cash is flowing now – and will continue to flow in the months ahead.”

“Britain will emerge stronger and more prosperous the other side. We have more than enough resilience to get through though months ahead. We have shown that before,” he added.

On Friday, energy regulator Ofgem increased the energy price cap to £3,549 ($4,169). As a result, thousands of households across the UK have been plunged into financial uncertainty over skyrocketing energy bills.

In response to the crisis, trade unions from the transport sector to the legal sector have launched a series of strikes reminiscent of the 1970s Winter of Discontent when the UK faced a similar crunch.

Despite Johnson’s optimistic tone, his government has been accused of absence in the face of the growing crisis, with rights groups and opposition parties calling on his potential successors to urgently address the matter.

While Putin’s war on Ukraine has been accused by most economists of fueling worldwide inflation woes, along with the aftermath of the Covid-19 pandemic, the fallout from Brexit – pushed for and executed by Johnson – has also taken much of the blame in Britain, which has fared worse than other major world economies.