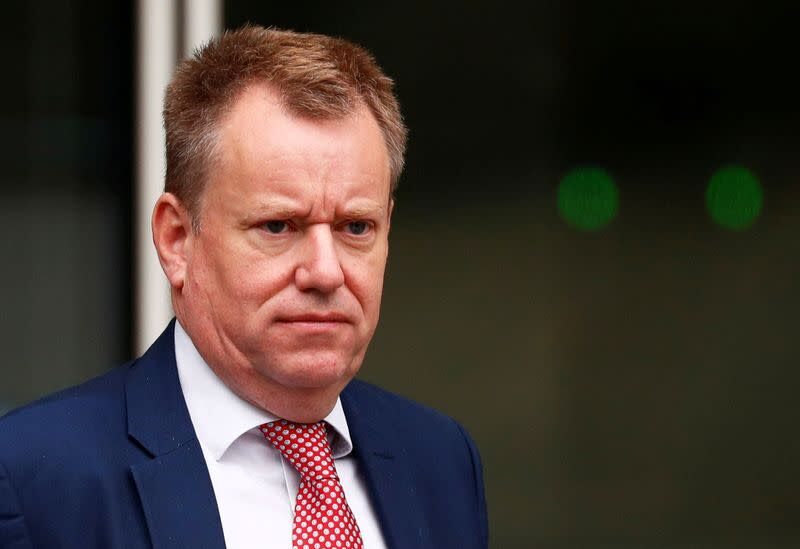 British Brexit minister David Frost said on Wednesday that if London follows through on its threat to deepen a post-Brexit trade war, Brussels should remain calm and avoid “massive and disproportionate reaction.”

Frost said he was not yet ready to abandon negotiations aimed at finding a solution, but he reiterated that Britain might invoke emergency unilateral measures in the Brexit deal, escalating tensions between the two sides.

“They appear to be claiming that it will be completely irrational for the British government to employ these quite legal protection clauses on its own… They also imply that we can only take that step if we face tremendous and disproportionate retaliation “Frost told the House of Commons’ upper chamber.

“I gently recommend to our European friends that they remain cool and keep things in perspective.”

Since leaving the EU last year Britain has refused to implement some border checks agreed for Northern Ireland as a way to avoid introducing a hard frontier between the British province and EU-member Ireland. London says the checks are disproportionate and threaten Northern Ireland’s 1998 peace deal.

The EU says tighter controls are necessary to protect its single market of 450 million people.

Irish Foreign Minister Simon Coveney has suggested that triggering Article 16, which allows either side to take unilateral action if they deem the agreement is having a strongly negative impact on their interests, would mean the 2020 trade deal would have to be set aside.

EU governments agreed on the need for “robust” action against Britain if London follows through on its threat, EU diplomats said on Wednesday.

“The EU is preparing for the triggering of Article 16 by the UK. There is consensus among EU member states that such an arbitrary and unjustified move by the UK will be met with a clear European response,” one EU diplomat said.

Frost, who is due to hold further talks with the European Commission’s Maros Sefcovic on Friday, said triggering Article 16 was not inevitable but may be Britain’s only option.

While the gap between the EU and Britain has narrowed, it remains extremely wide, he said, adding that there were “a short number of weeks before us” and there remained possibilities which had not yet been seriously examined.

“There is still a real opportunity to turn away from confrontation to move beyond these current difficulties,” Frost said. “I certainly will not give up on this process, unless and until, it is abundantly clear that nothing more can be done. We are certainly not at that point yet.”