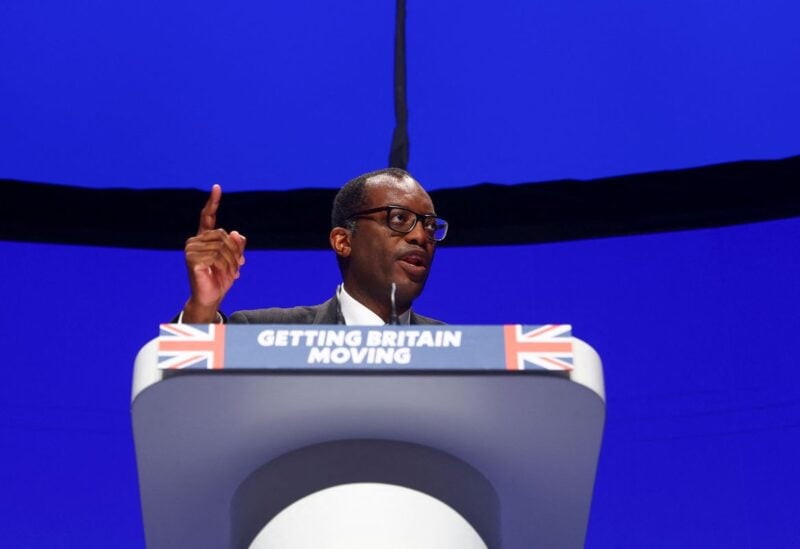 Earlier on Monday, Kwarteng said that he was abandoning his intention to eliminate the top rate of income tax, which had sparked outrage among some lawmakers in his own Conservative Party and contributed to financial market instability.

He had said he would deliver his fiscal statement on Nov. 23, but the FT said he was expected to accelerate this, saying it would set out a five-year plan to put debt on a downward path, including a tight squeeze on public spending.