UK’s Nationality and Border Bill ‘might be defeated’ at House of Lords: Lord Alfred Dubs 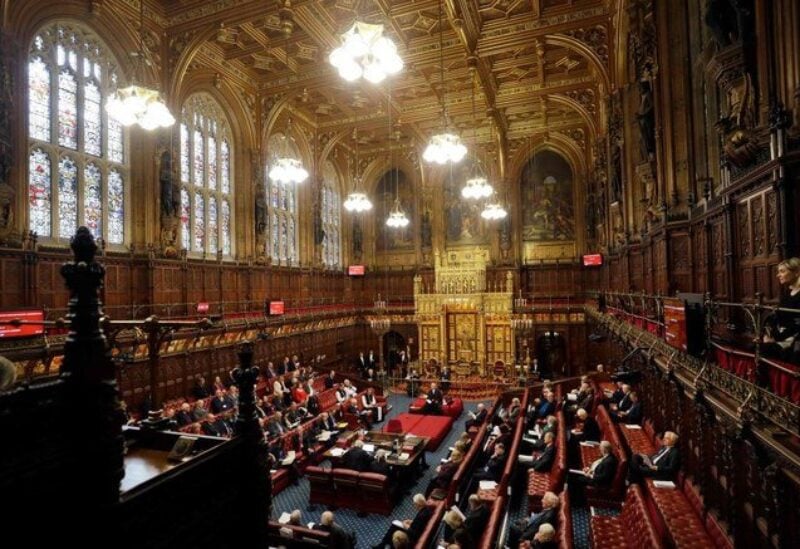 During a crowded pro-refugee and pro-migration rally at Parliament Square on Wednesday, member of the House of Lords Alfred Dubs, said he hoped the government’s controversial Nationality and Borders Bill will be defeated by the Lords in later stages of its legislation.
The rally was joined by more than 2,000 protesters, who were shouting the now-famous slogan of “Say it Loud and Say it Clear: Refugees are Welcome Here.”
Dubs said he was attending the protest in support of the refugees and “we don’t like the British government’s proposals on refugees.”
“We think they are in breach of human rights; we think they are in breach of the 1951 Geneva Convention. They will make criminal of the refugees seeking safety,” Dubs told Anadolu Agency.
Dubs, who himself was one of the children saved from Nazi-occupied Prag in then-Czechoslovakia, said the new bill was at the committee stage in the House of Commons and the government may not be defeated in the upper chamber
He said the new bill damages the rights of vulnerable individuals and it is “against the international human rights.”
“I think the world should stand together and we should defend the rights of the refugees, not seek to criminalize and punish them,” Dubs said, adding the UK is “setting a bad example at the moment.”
The Nationality and Borders Bill includes some articles which are criminalizing illegal entry to the UK and giving the government extended rights to deport any migrants who did not come on necessary paperwork.
The protest to denounce the new bill was organized by many NGOs and organizations, including the Amnesty International, Refugee Council, Solidarity with Refugees, Women for Refugee Women and IMIX.
Representing the Medecins Sans Frontieres (Doctors Without Borders), the organization’s International Director Dr. Christos Christou was also present at the square.
Christou told Anadolu Agency that they were in the protest to “demonstrate against the bill, [and its] consequences that we already know.”
He said the European policies “punish” those people who seek safety.
Christou said: “This bill… is trying to do the same. We advocate the safe passages. And we advocate against all these disastrous push-backs that happen and we advocate against this inhumane treatment of people, who only seek for safety.”
He said that “anything that prioritize insecurity or discrimination than humanity is contradictive [to human rights]”, adding that refugees should be treated with dignity as fellow humans, rather than treated as threat.