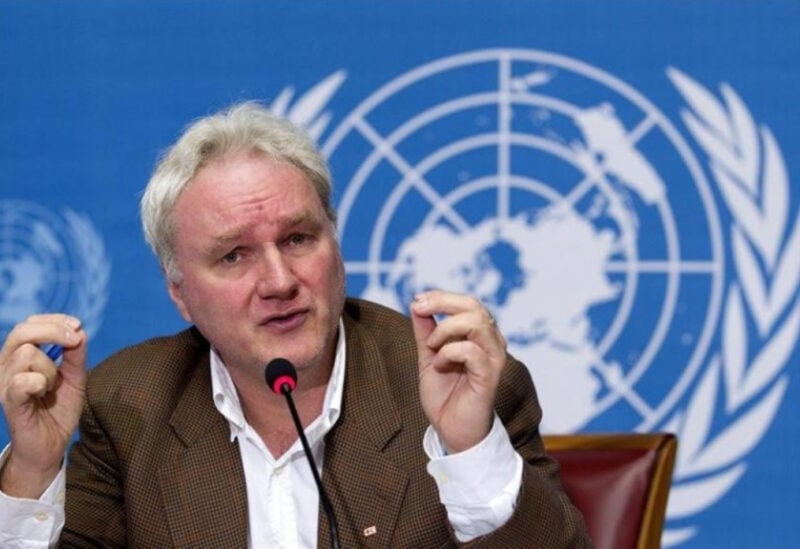 After he has been labelled “non grata” by the Gazaians, The U.N. agency for Palestinian refugees says it has recalled its Gaza director as he faced threats over remarks in which he appeared to praise Israel’s “huge sophistication” in carrying out precision strikes during last month’s Gaza war.

UNRWA, which provides essential health, education and other services in the territory, said late Thursday that it was “seriously concerned” about the threats, including a “very large protest” outside its Gaza headquarters on Monday.

It said Gaza director Matthias Schmale and his deputy have been recalled to UNRWA’s headquarters in east Jerusalem for “consultations.” The agency cited media reports that “Palestinian factions” had declared Schmale and his deputy persona non grata in Gaza but said it received no formal notification to that effect.

In an interview with Israel’s Channel 12 TV last month, Schmale was asked about Israeli officials’ assertions that airstrikes carried out during the 11-day war with the territory’s militant Hamas rulers were “very precise.”

“I’m not a military expert but I would not dispute that,” Schmale replied, adding that there was “huge sophistication” in how Israel struck targets. But he also said colleagues told him the strikes were “much more vicious in their impact” than in the 2014 Gaza war.

Schmale later expressed regret over the remarks and said any civilian deaths were unacceptable.

“Many people were killed or have been severely injured by direct strikes or collateral damage from strikes,” he tweeted. “In a place as densely populated as Gaza, any strike will have huge damaging effects on people and buildings.”

His original remarks were widely circulated in Israeli media and online, where they were seized upon by Israel’s supporters as an endorsement of its conduct and provoked outrage among Palestinians.

Israel carried out hundreds of airstrikes on Gaza during the 11-day war, in which Hamas and other militant groups fired more than 4,000 rockets at Israel. At least 254 people were killed in Gaza, including 67 children and 39 women. according to the Gaza health ministry. Hamas has acknowledged the deaths of 80 militants. Twelve civilians, including two children, were killed in Israel, along with one soldier.

UNRWA provides essential services to some 5.7 million refugees in the occupied West Bank, Gaza, Jordan, Lebanon and Syria. They include Palestinians who fled or were driven out of what is now Israel during the 1948 war surrounding its creation and their descendants.

It provides food aid and other vital services in Gaza, which has been under a crippling Israeli-Egyptian blockade since Hamas seized power from rival Palestinian forces in 2007. Most of Gaza’s population of 2 million are registered refugees. At the height of the war, some 70,000 Gazans sheltered in UNRWA schools. USNEWS.