Beijing previously condemned the World Health Organization’s new round of investigations for seriously considering a man-made virus theory. The notion was revived by US President Joe Biden after being disregarded as a conspiracy theory throughout 2020.

The UN asked China to cooperate with the World Health Organization’s probe into the origins of the COVID-19 virus, the office of Secretary General António Guterres has stated.

The statement follows Beijing’s condemnation of the WHO’s plans to conduct the second stage of inquiry into the origins of the coronavirus. China’s National Health Commission denounced the global health body’s need for the probe as “insulting” and heavily suggestive of the idea that the virus escaped a Chinese laboratory – a scenario China strongly rejects. China’s Foreign Ministry also expressed concerns that the new investigation was conceived with the purpose of shifting blame for the pandemic onto Beijing.

“One cannot help thinking that this plan is made to echo the ‘lab leak theory’ advocated by certain countries such as the United States. And the lack of transparency in the drafting process also added to the suspicion that the plan is the product of political manipulation,” the Foreign Ministry’s spokesman Zhao Lijian said on 23 July.
Beijing refused to work with the WHO on the second probe after it was revealed the process will include “audits of relevant laboratories and research institutions”, which operated in the area where the first confirmed COVID-19 cases had been detected. Such a goal would probably put the Wuhan Institute of Virology in the centre of the WHO’s probe, as the first cases had been registered in the city of Wuhan in December 2019.

Chinese authorities, however, repeatedly questioned this fact, suggesting that first COVID-19 infections might have taken place elsewhere on Earth, but had not been recognized as such at the time.

This is the second inspection the WHO has planned to carry out in China to establish how the coronavirus, which originally only infected animals, crossed to humans. The first WHO mission ruled in March 2021 that it was highly unlikely that the virus was man-made or that it escaped from a laboratory. The global health body’s experts were not able to determine the exact path of the virus’ transfer from animals to humans.

The US, however, slammed China for not giving the WHO specialists full access to the sites they wanted to visit. US president Joe Biden revealed that the American intelligence community has no single opinion as to where the virus originated from. He ordered them to come up with a unified opinion, while not ruling out the possibility that COVID-19 was accidently released from a Chinese laboratory. Such a version was frequently mooted by former President Donald Trump in 2020, but was widely disregarded in the press and among experts as a groundless conspiracy theory. 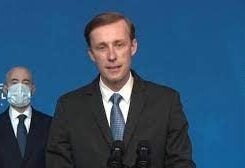