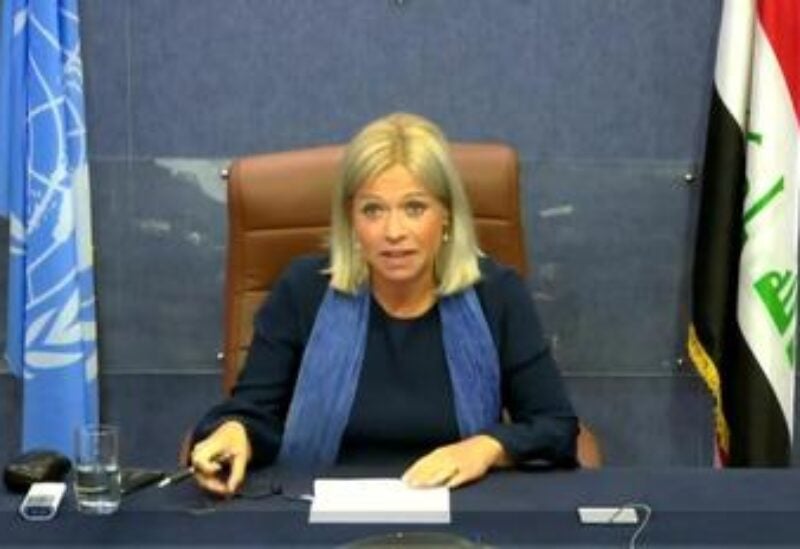 The upcoming Iraqi elections, are expected to be free, transparent, and free from foreign interference, said United Nations Assistance Mission for Iraq (UNAMI), on Tuesday.
“All our efforts are to ensure that there are no doubts in the elections,” Jeanine Antoinette Plasschaert, the head of UNAMI, told a press conference in the capital Baghdad.
She noted that UNAMI will deploy 877 international and local observers to ensure irregularities of the 2018 polls are not repeated.
“The same things that were done in 2018 will not be repeated. It is important that these elections are different from the 2018 polls,” Plasschaert stressed, in an effort to assure the Turkmen and Arabs in Iraq’s northern Kirkuk province.
Elections in the oil-rich country are scheduled for Oct. 10
On Friday, prominent Iraqi Shia politician Muqtada al-Sadr warned against external interference in the elections, in reference to Iran.
Plasschaert admitted that elections will not bring miracles or cause radical change but said it will help establish a government that can make concrete changes.
UNAMI also promised to assume a neutral stance in the elections and to treat all Iraqi sides equally.
Commenting on reports that the Kurdistan Democratic Party (KDP) candidates who went to Sinjar to prepare for the vote were denied entry by the PKK terrorists, Plasschaert said he supported the candidates’ right to meet voters.
Figures from the Iraqi Electoral Commission in July showed that 3,249 candidates representing 21 coalitions and 109 parties, as well as independent candidates, will run for seats in the 329-seat parliament.
The polls were originally scheduled to be held in 2022, but Iraq’s political parties have decided to hold early elections following mass protests that erupted in the country in 2019 against deep-seated corruption and poor services.