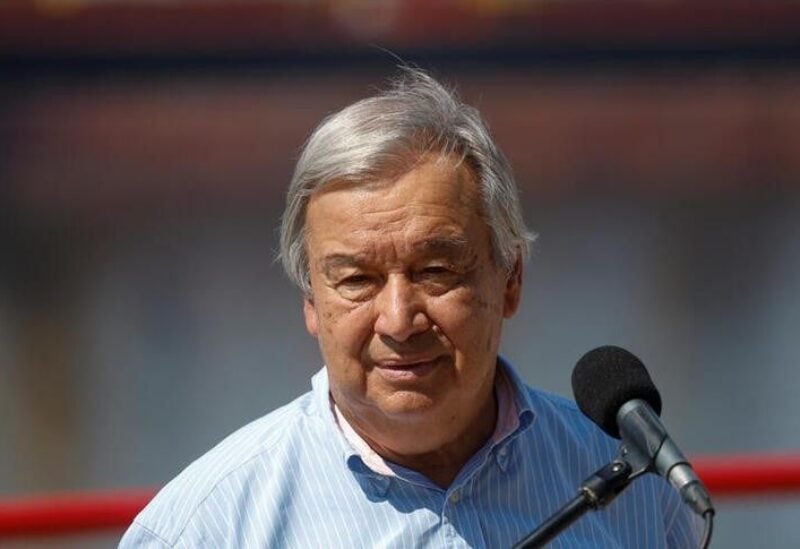 ”I do believe that the military confrontation will go on,” said UN Secretary-General Antonio Guterres, showing no optimism about the possibility of ”effective” peace talks in the immediate future between Ukraine and Russia.
Guterres added that they will have to wait for serious negotiations for peace, adding: ”We have no illusions that true peace negotiations will be possible in the immediate future.”

Guterres said the UN is concentrating its efforts on other aspects such as Russian ammonia exports via a pipeline to a Black Sea port in Ukraine and accelerating the exchange of prisoners of war.
Asked by Anadolu Agency whether he would support a trilateral mechanism proposed by Turkish President Recep Tayyip Erdogan between Türkiye, Russia and Syria to resolve Syria’s 11-year-old conflict, Guterres said the UN has not been consulted and it is ”premature” to make any comments on the proposal.

He said the UN’s main concern at the moment in Syria is the renewal of the cross-border humanitarian aid mechanism.

The long-running aid operation has been in place since 2014 and the most recent six-month authorization expires on Jan. 10, 2023.

”Now that we have made progress (on) indeed, and Turkey has played a positive role on that in increasing the cross-line support,” he said.

Asked about Iran’s crackdown on protesters over the death of a young woman in police custody, Guterres said it was “totally unacceptable.”

”We are witnessing massive violations of human rights,” he added.

Iran has been rocked by protests since mid-September following the death of 22-year-old Mahsa Amini, who was arrested by the country’s morality police for allegedly violating the Islamic dress code.