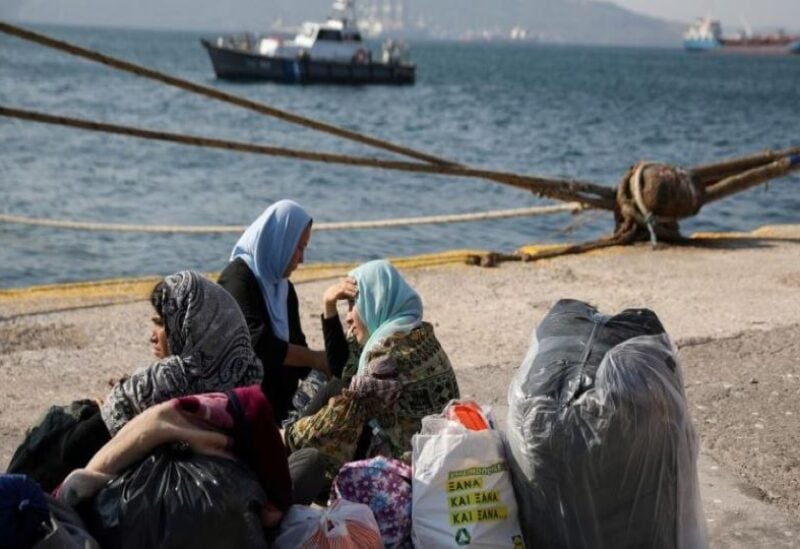 Refugees and migrants arrive aboard the Paros Jet passenger ship at the port of Elefsina near Athens, Greece

Activists said Wednesday that they had submitted a UN complaint on behalf of an Iranian asylum seeker who claimed she was tortured and beaten during various detentions in Greece before being deported to Turkey multiple times.

Parvin A, an asylum seeker who now resides in Germany, said that she was not only abused but also saw the beating of children and a pregnant lady during her six detentions in Greece.

The asylum seeker spoke in a pre-recorded video at an online press conference with the ECCHR, which claimed it filed a complaint on her behalf with the United Nations Human Rights Committee, which oversees member states’ compliance with the international covenant on civil and political rights.

According to Hanaa Hakiki, a senior legal adviser at the ECCHR, who spoke at a news conference in Athens, Parvin A is seeking remedy for arbitrary imprisonment in “inhuman” circumstances, maltreatment, and summary deportation from Greece.

According to ECCHR, a Berlin-based attorneys’ advocacy group, she was able to slip out rare photographs and film of alleged mistreatment on her iPhone prior to three of her six deportations to Turkey.

“We’ve never seen such film from inside border guard stations before,” said Stefanos Levidis, a researcher with the investigative website Forensic Architecture who spoke at the news conference.

The asylum seeker, Parvin A, said she was “handcuffed, assaulted, fired at, tear-gassed, tortured, and almost murdered” during six expulsions from Greece to Turkey between February and June 2020.

She said she fled Iran because of suspected gender-based persecution, which would entitle her to refuge in Europe or other nations.

She said she watched other asylum seekers being beaten, including children and a pregnant lady, and that she was imprisoned in filthy border station cells and an airless container.

She said that border officers destroyed the asylum seekers’ telephones and confiscated their food and clothing.

NGOs in Greece have regularly condemned alleged maltreatment of migrants and refugees in camps and at European Union borders, which the Greek government categorically rejects.