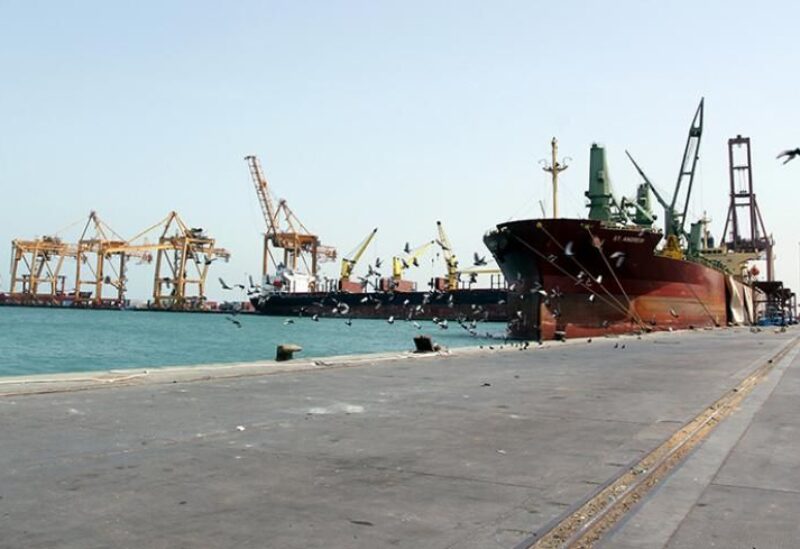 A ship is seen at Hodeidah port

On Tuesday, the UN mission in Yemen’s port of Hodeida, which is held by the Iran-backed Houthi militia, voiced “grave worry” over accusations that the port was being militarized by the group and sought access for an examination.

According to the United Nations Mission to Support the Hodeida Agreement (UNMHA), the port is critical for the poor country battered by a seven-year war.

After the Houthis captured a United Arab Emirates-flagged ship last week, the Arab Coalition fighting with government troops accused the Houthis of militarizing Red Sea ports and vowed to destroy them.

“UNMHA reminds all parties that Hodeida ports are a vital lifeline for millions of Yemenis,” the agency stated in a statement.

According to the coalition, the captured vessel, the Rwabee, was carrying medical supplies.

The kidnapping on January 3 fueled concerns that the violence might spread into the Red Sea, a critical conduit for Gulf oil and cargo supplies.

“UNMHA has requested an inspection as part of its mission,” the statement stated, adding that defending the ports was “in the interest of the Yemeni people.”

After severe battle with the Houthis, the internationally recognized Yemeni government said on Tuesday that its troops had gained control of the Shabwa region.

The Arab Coalition announced on Monday that it conducted 11 attacks against Houthi targets in Marib over the course of 24 hours.

Shabwa is Yemen’s third biggest province by land, and it is a vital region of particular importance to the south owing to its geographical placement in the country’s center.