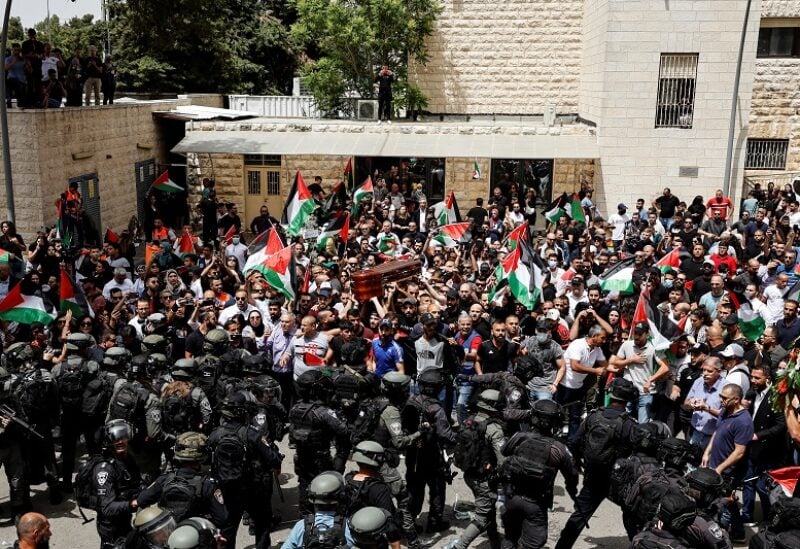 The United Nations condemned an Israeli settler’s stabbing of a Palestinian in the West Bank on Tuesday as Tel Aviv imposed a media blackout on the investigation.

“Tor Wennesland, the UN Special Coordinator for the Middle East Peace Process, condemned the fatal stabbing yesterday of a Palestinian man, Ali Harb, reportedly by an Israeli settler near Salfit in the occupied West Bank,” Farhan Haq, Deputy Spokesman for the Secretary-General, said at a press conference at the UN’S headquarters in New York.

“He sent his deepest condolences to his family. Mr. Wennesland added that perpetrators of violence must be held accountable and swiftly brought to justice,” Haq added.

Witnesses said Harb, was stabbed while Palestinians tried to remove a group of settlers off their land.

The Palestinian Health Ministry said Harb, 28, was stabbed in the heart by a settler. An Israeli police spokesperson originally said it was unclear who had killed Harb and that the incident was under investigation.

Hundreds of Palestinians marched in Harb’s funeral in the Palestinian town of Iskaka near Salfit in the northern West Bank on Wednesday.

Police arrested the suspect on Wednesday.

The settler, in his 40s, was held as an accomplice and not on suspicion of carrying out the stabbing himself, according to the Kan public broadcaster.

“This was an event in which Jews were miraculously saved,” said Adi Kedar, an attorney at Honenu, a right-wing legal aid organization that often represents Jews accused of hate crimes.

Israeli officials told The Times of Israel last year that Jewish extremist violence in the West Bank was on the rise. The number of attacks rose in 2021 by nearly 50 percent, according to the Shin Bet.

Most of the cases are never solved. Since 2005, just 3 percent of police investigations into extremist violence against Palestinians have led to indictments, according to the Yesh Din rights group.

“Settler violence is a growing problem in the OPTs & one that the Israeli Government must do more to tackle. The perpetrator of this crime must be held to account,” UK Consulate General in Jerusalem said.