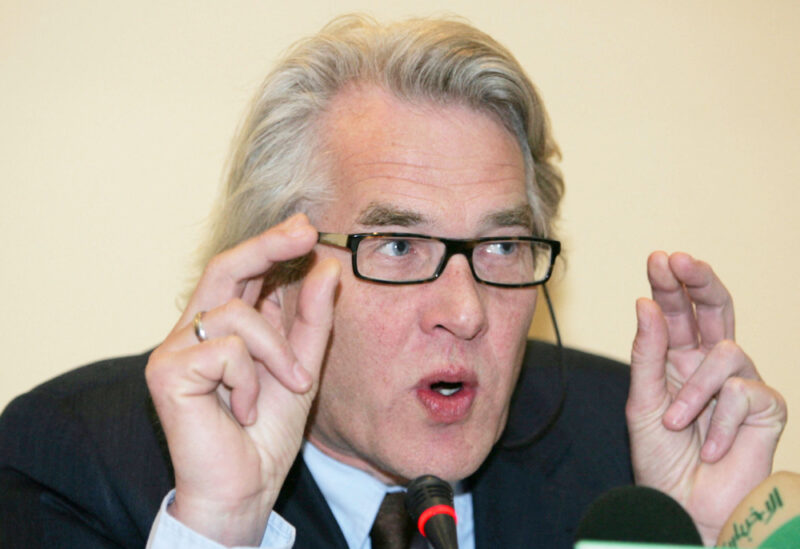 UN Special Coordinator for the Middle East Peace Process, Tor Wennesland, said yesterday that the Israeli settlement undermines the return to peace negotiations.
During his monthly press briefing, Wennesland said: “In the West Bank, a severe fiscal and economic crisis is threatening the stability of Palestinian institutions.”
“At the same time, ongoing violence and unilateral steps, including Israeli settlement expansion and demolitions, continue to raise tensions, feed hopelessness, erode the Palestinian Authority’s standing and further diminish the prospect of a return to meaningful negotiations.”
The UN envoy to the Middle East said: “Settler-related violence remains at alarmingly high levels, amid continued tensions over settlement expansion and the annual olive harvest season.”
He stated that “since the harvest began on 4 October, some 3,000 olive trees have been damaged or have had their harvest stolen.
“Physical attacks on Palestinian farmers, volunteers and humanitarian staff have also been recorded, some reportedly taking place in the presence of Israeli Security Forces.”
According to Wennesland: “[Israeli Jewish] settlers and other Israeli civilians in the occupied West Bank perpetrated some 54 attacks against Palestinians, resulting in 26 injuries, including five children and damage to property.
Wennesland recounted the number of Israeli settlement units which were announced in October. The total number, according to him until 1 November, was 10,550 settlement units.
He stressed that “all settlements are illegal under international law and remain a substantial obstacle to peace.”