UN envoy to Yemen in Riyadh for talks with GCC, Saudi officials 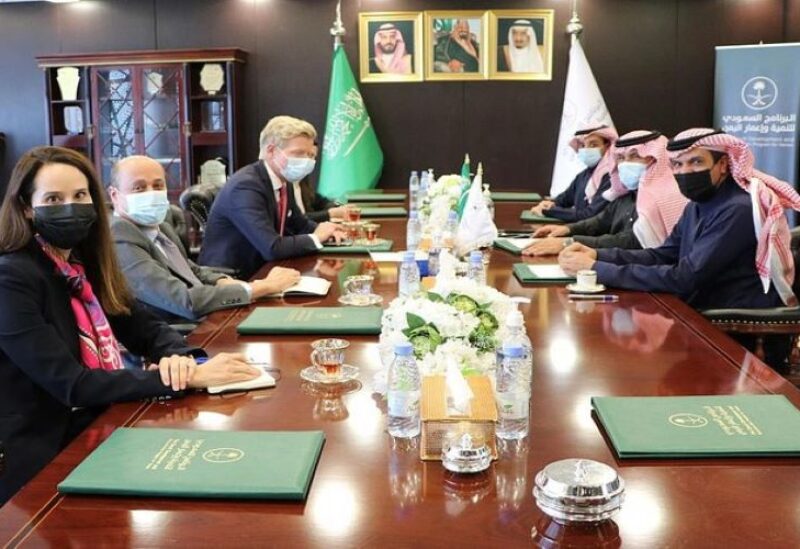 The Gulf Cooperation Council’s President reaffirmed his demand to the international community to tackle Houthi terrorism, which is impeding all international efforts to resolve the Yemeni issue.

The GCC claimed in a statement that Nayef Al-Hajraf was speaking during a meeting with UN envoy to Yemen Hans Grundberg during his visit to Riyadh.

The secretary-general reaffirmed the GCC’s support for the UN envoy’s and the UN’s efforts to find a political solution to the Yemeni conflict, urging the international community to put greater pressure on the Houthi militia to participate actively in the peace process.

Al-Hajraf also strongly criticized the ongoing cross-border missile and drone assaults against citizens and civilian objects in Saudi Arabia, as well as the attack on Abu Dhabi, “which represents a flagrant breach of international law and a threat to regional peace and stability.”

In addition, he demanded that the Houthis be held accountable in accordance with international and humanitarian law.

Grundberg also met with Mohammed bin Saeed Al-Jaber, the Saudi ambassador to Yemen and supervisor of the Saudi Development and Reconstruction Program for Yemen, where they addressed the Kingdom’s assistance for the UN’s efforts, according to the Saudi Press Agency.

The two sides discussed joint political efforts to resolve the Yemeni crisis, particularly in light of the Houthis’ continued rejection of UN and international efforts to implement a cease-fire, their insistence on increasing Yemeni people’s suffering, and the militia’s continued attacks on civilian and economic sites in the Kingdom and the UAE.