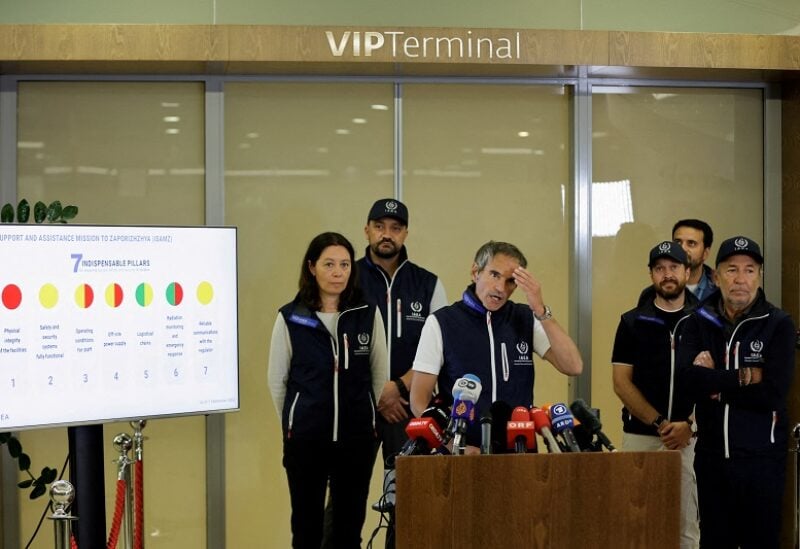 Director-General of the International Atomic Energy Agency (IAEA) Rafael Grossi and his team attend a news conference after his return from Ukraine where he and his team visited the Zaporizhzhia nuclear plant, at Vienna airport in Schwechat, Austria, September 2, 2022. REUTERS/Leonhard Foeger TPX IMAGES OF THE DAY

An official at the Zaporizhzhia nuclear power plant said on Monday, that the according to an the representatives of the UN’s International Atomic Energy Agency (IAEA), have left the Russia-controlled site.

“The members of the IAEA mission have now left the Zaporizhzhia NPP, two people stay as observers,” Vladimir Rogov said in an interview with Russian media.

Last week, the director general of the IAEA, Rafael Grossi, said that the nuclear watchdog’s representatives will stay at the plant for as long as it is necessary.

Under Moscow’s control since early in the Russia-Ukraine war, Europe’s largest nuclear power plant has been shelled several times, raising concerns of a nuclear disaster.