UN: Record 345 million people ‘marching to the brink of starvation’ 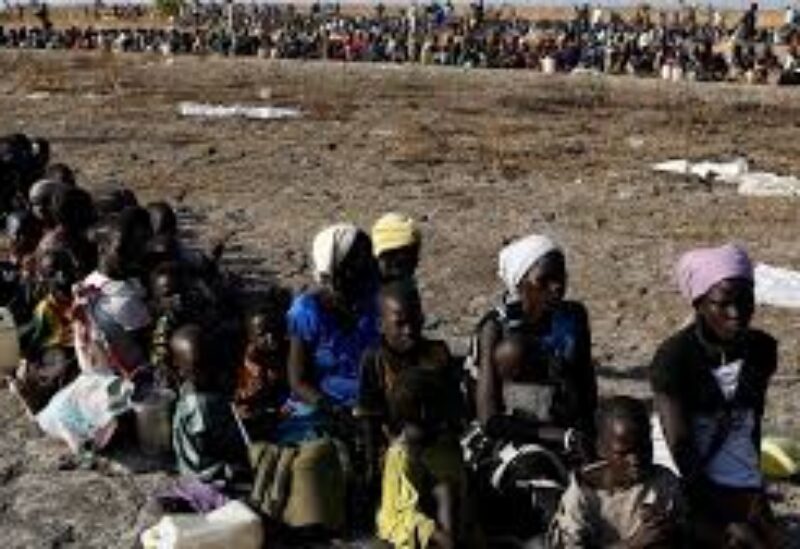 Amid soaring fuel and food prices, the UN has rung the alarm over an increase in the number of acutely hungry worldwide, where 345 million people are now acutely hungry.

David Beasley, head of the UN World Food Program, said a “record 345 million acutely hungry people are marching to the brink of starvation.”

In total, between 702 million and 828 million people were affected by hunger in 2021, 46 million more than the previous year’s average of 722 million.
Beasley spoke at a meeting for the release of the latest report on global hunger by the World Food Program and four other UN agencies.

“There’s a real danger it will climb even higher in the months ahead,” Beasley said.

“Even more worrying is that when this group is broken down, a staggering 50 million people in 45 countries are just one step away from famine.
The UN report said the challenges to ending hunger and malnutrition are growing due to uneven recovery following the COVID-19 pandemic, the consequences of climate change and armed conflicts. The war in Ukraine has had severe repercussions regarding global food security after supply chains were already under pressure due to the COVID-19 pandemic.

Russia and its ally Belarus are two of the largest exporters of potash, a key ingredient in fertilizer.

Beasley urged for a political solution to allow wheat and grain from Ukraine, which he called “the breadbasket of the world,” to re-enter global markets.

Beasley also called for new funding for humanitarian groups to deal with “skyrocketing levels of hunger,” for governments to resist protectionist measures and investments to aid the world’s poorest countries. According to the official, if such measures had been implemented, “the war in Ukraine wouldn’t be having such a disastrous global impact today.”