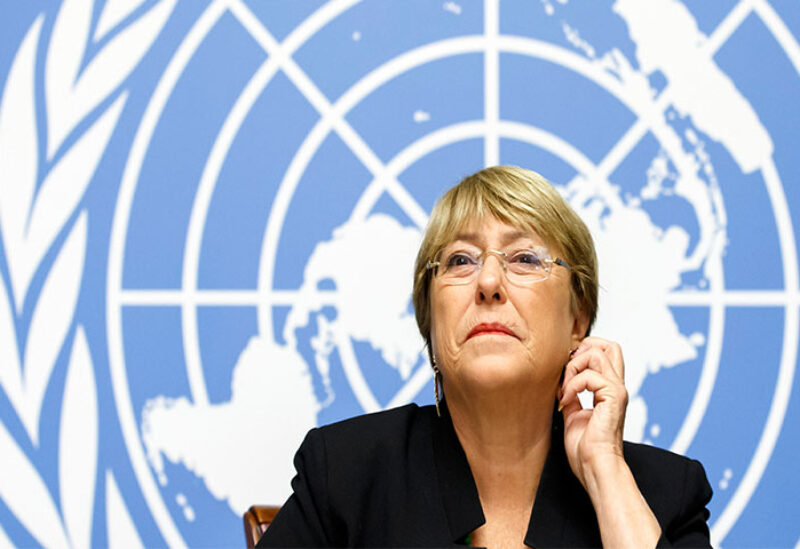 UN Human Rights chief said that the conviction and sentencing of an editor by a military court in Yangon on Friday, “unfair trial,” symbolizes journalists’ plight in Myanmar since a recent coup,
“Journalists have been under attack since 1 February, with the military leadership clearly attempting to suppress their attempts to report on the serious human rights violations being perpetrated across Myanmar as well as the extent of opposition to the regime,” said Michelle Bachelet. “Myanmar has quickly reverted to an environment of information control, censorship and propaganda seen under military regimes in the past.”
Danny Fenster, the managing editor of Yangon-based daily Frontier Myanmar, was detained at the Yangon airport in May.
He was sentenced Friday to 11 years in prison, accused of violating laws relating to unlawful association and immigration and sowing dissent against the military.
The military has detained at least 126 journalists, media officials or publishers since Feb. 1. Forty-seven remain in detention.
Twenty have been charged with crimes because of their work as journalists.
Nine media outlets have had their licenses revoked and 20 others have had to suspend operations. Dozens of journalists reportedly remain in hiding because of outstanding arrest warrants.
An announcement with the court decision was made inside Yangon’s Insein Prison.
The newspaper said charges were brought against Fenster “on the allegation he was working for Myanmar Now (another news website) in the aftermath of the Feb 1 coup.”
Bachelet said the trial raised severe concerns about a lack of respect for fair trial guarantees.
Fenster faces a second trial on charges of high treason and violations of the counter-terrorism law.
But Frontier Myanmar said Fenster resigned from Myanmar Now in July 2020 and “joined Frontier the following month … so by his arrest in May 2021 he had been working with Frontier for nine months.”
Military junta forces have killed more than 1,000 civilians since the coup.
“Attacks on journalists and the media further exacerbate the vulnerability of huge sections of society that rely on accurate and independent information,” said Bachelet. “With the crackdowns on journalists, Internet shutdowns, restrictions on free access to online and other data sources … people are being deprived life-saving information.”
She urged military authorities to immediately release all journalists who are detained because of their work.