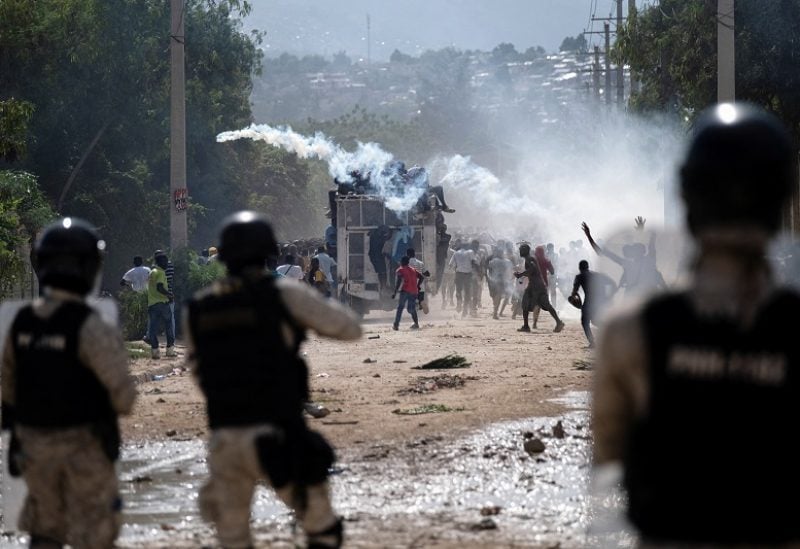 Jimmy ”Barbecue” Cherizier, a Haitian gand leader, whose gang has blocked a major fuel terminal leading to severe fuel shortage, was sanctioned by the United Nations Security Council, through adopting a resolution in this regard.
The UN sanctions include a one-year embargo on all economic resources owned or controlled by Cherizier, who is the leader of the “G9 Family and Allies” gang.
The resolution also imposes a one-year travel ban on individuals deemed to be involved in gang activity in Haiti. It also imposed a ban on arms and ammunition being allowed to reach gangsters.
The resolution, which comes at a time when Haiti is reeling under a health and political crisis, demands an “immediate cessation of violence, criminal activities and human rights abuses” in Haiti.
US Ambassador Linda Thomas-Greenfield said, ”The international community will not stand idly by while you wreak havoc on the Haitian people.”
She added that the resolution is a message to gangs “holding Haiti hostage” that friends of the country “will not sit idly by while you wreak havoc on the Haitian people.”
The resolution came after two weeks of debate by the Security Council on the measures that can be adopted to address a spiraling health and security crisis in Haiti.
Haiti, which is the poorest country in America, is grappling with a major cholera outbreak as access to clean water is scarce.

Already suffering from inflation and political instability that adversely impacted the supply of food and fuel, Prime Minister Ariel Henry last month announced the withdrawal of subsidies that led to prices doubling.

Following the announcement, Cherizier’s gang blocked the Varreux fuel terminal and demanded Henry’s resignation. He also called for protests against a spike in petroleum prices, making him the face of several issues plaguing the country.