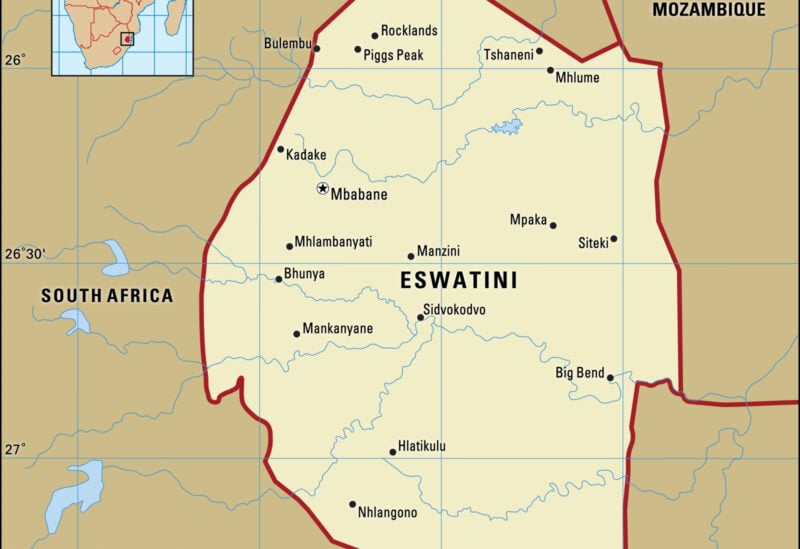 The UN called for an independent investigation into alleged rights abuses at the eruption of deadly violence during protests in Eswatini, describing it by “disproportionate and unnecessary use of force, harassment and intimidation” by security forces.

The allegations include “the use of live ammunition by police,” spokeswoman Liz Throssell told reporters in Geneva.
She also pointed to reports that some protesters had looted premises, set buildings and vehicles on fire, and had barricaded roads in some areas.
“Although the situation is now reported to be calmer, we remain concerned at the potential for further unrest,” Throssell said.
The protests in the tiny landlocked southern African country, formerly known as Swaziland, first erupted in May following the death of a 25-year-old law student, allegedly at the hands of police.
But after protesters in Africa’s last absolute monarchy ramped up their campaign for political reform last week, the government deployed the army to disperse the crowds.
Unverified videos have emerged of beatings by security forces. Local civil society and opposition groups have claimed several dozens were killed.
Amnesty International accused the security forces of a “frontal attack on human rights” and alleged at least 20 people had been killed.
The government has so far said it has not received an official report of any deaths.
“We urge the authorities to fully adhere to human rights principles in restoring calm and the rule of law,” Throssell said, emphasising that peaceful protests are protected under international law.
She insisted especially on the “obligation to minimize any use of force in the policing of protests only to that absolutely necessary as measure of last resort.”
“We also call on the government to ensure that there are prompt, transparent, effective, independent and impartial investigations into all allegations of human rights violations, including those by law enforcement personnel in the context of the demonstrations,” she said, stressing that those responsible must be held accountable.
She urged the government to launch a dialogue to air and address the underlying public concerns behind the recent protests.
Throssell also voiced concern at reports that Internet services were disrupted in the country and called on authorities to ensure access was restored.