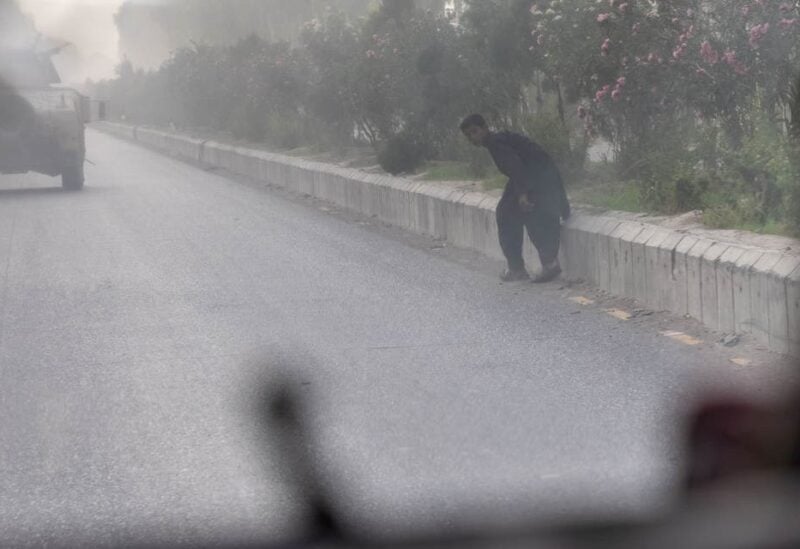 A civilian runs for cover as Afghan Special Forces and Taliban clash during the rescue mission of a police officer besieged at a check post, in Kandahar province, Afghanistan, July 13, 2021. (File photo: Reuters)

Afghan forces battled the Taliban for control of a key provincial capital Tuesday, as the United Nations warned “indiscriminate” gunfire and airstrikes were hurting civilians the most.

Officials said insurgents had seized more than a dozen local radio and TV stations in Lashkar Gah – capital of Helmand province and the scene of days of fierce fighting – leaving only one pro-Taliban channel broadcasting Islamic programing.

The extremist group has seized control of much of rural Afghanistan since foreign forces began the last stage of their withdrawal in early May, but are meeting resistance as they try to take provincial capitals.

That urban fighting, however, is taking its toll on civilians.

“Fighting was intense this morning,” said Sefatullah, director of Sukon radio in Helmand’s capital, whose station was captured by the Taliban.

“We stopped broadcasting two days ago because the Taliban captured the building of our station.”

Afghan officials said Tuesday that 11 radio and four television stations in the city had been seized by the Taliban.

“Terrorists do not want the media to publish the facts and expose their injustices,” the Ministry of Information and Culture said.

The loss of Lashkar Gah would be a massive strategic and psychological blow for the government, which has pledged to defend cities at all costs after losing much of the rural countryside to the Taliban over the summer.

In Herat, Afghan officials said government forces had managed to push back the insurgents from several areas of the city – including near the airport, which is vital for resupplies.