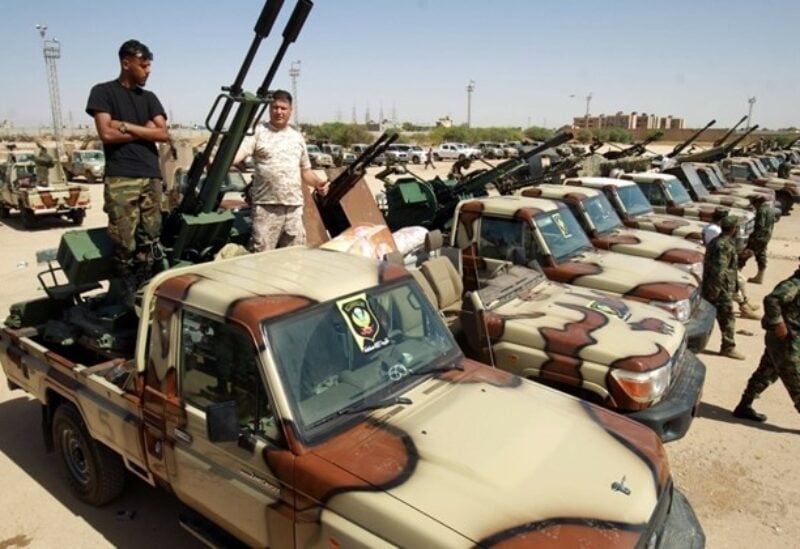 UNITED NATIONS: The UN Security Council on Friday urged countries with troops and mercenaries in Libya to withdraw them “without delay” as demanded in the cease-fire agreement between the country’s warring parties.

A presidential statement approved by all 15 council members welcomed a key step following the October cease-fire – Wednesday’s vote by the country’s House of Representatives endorsing the newly appointed interim government charged with leading the country to elections on Dec. 24.

The UN’s most powerful body called on all Libyan parties to ensure a smooth handover to the interim government of Prime Minister Abdul Hamid Dbeibah.

Oil-rich Libya was plunged into chaos after a 2011 NATO-backed uprising toppled longtime dictator Moammar Gadhafi and split the country between a UN-supported government in Tripoli and rival authorities based in the country’s east, each side backed by an array of local militias as well as regional and foreign powers.

In April 2019, Hifter and his forces, backed by Egypt and the United Arab Emirates, launched an offensive to try and capture Tripoli. His campaign collapsed after Turkey stepped up its military support of the UN-supported government with hundreds of troops and thousands of Syrian mercenaries.

The October cease-fire agreement called for the withdrawal of all foreign forces and mercenaries in three months and adherence to a UN arms embargo, provisions which have not been met.

In January, the United States called on Russia, Turkey and the UAE to immediately halt their military interventions. Russia’s UN Mission said at the time that it didn’t have any military personnel “on Libyan soil” but didn’t exclude the possibility of mercenaries.

Last year, UN experts said the Wagner Group, a private Russian security company, had provided between 800 and 1,200 mercenaries to Hifter. There are thousands of mercenaries in Libya also from Syria, Sudan and Chad, according to Security Council diplomats.

The presidential statement also calls for “full compliance with the arms embargo,” which has been repeatedly violated according to the experts.

A UN advance team is in Libya as a first step to sending international monitors under a UN umbrella to observe the cease-fire. It is expected to return next week.

The Security Council underlined “the importance of a credible and effective Libyan-led Ceasefire Monitoring Mechanism under UN auspices.” Council members said they look forward to receiving proposals from Secretary-General Antonio Guterres after the advance team returns on its “tasks and scale.”

The council statement called on the interim government to make preparations for December’s presidential and parliamentary elections “including arrangements to ensure the full, equal and meaningful participation of women.”

It also called on the interim government to prioritize implementation of the October cease-fire agreement, improve the delivery of services to the Libyan people, launch a comprehensive national reconciliation process, and adhere to international humanitarian law including the protection of civilians.

Looking ahead, the council said plans are needed “for the disarmament, demobilization and reintegration of armed groups, security sector reform and to establish an inclusive, civilian-led security architecture for Libya as a whole.”

A presidential statement is a step below a Security Council resolution and becomes part of its official record.