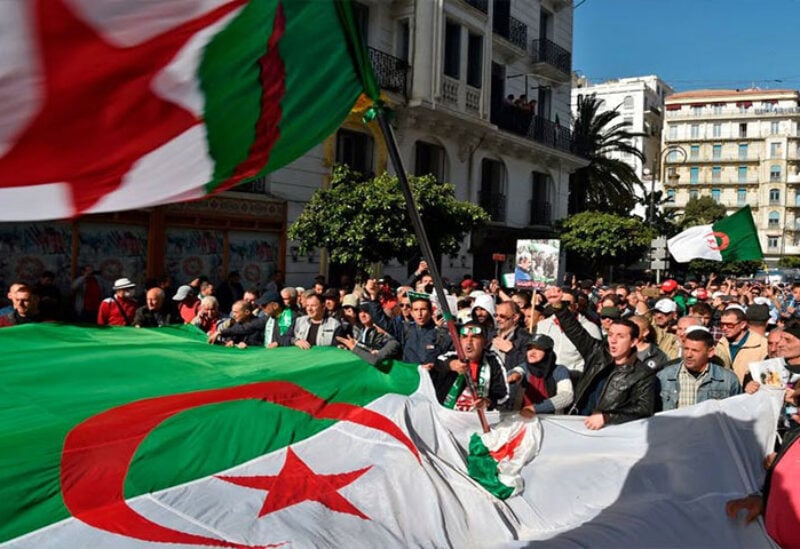 The United Nations human rights office sounded alarm Tuesday at reports of sexual violence in detention and disproportionate use of force against protesters in Algeria, calling for investigations into all claimed abuses.

The UN  said it had received many reports of abuses in Algeria since weekly mass demonstrations by the Hirak pro-democracy movement resumed in February.

“We are increasingly concerned about the situation in Algeria where the rights to freedom of opinion and expression, peaceful assembly and participation in public affairs continue to be under attack,” spokesman Rupert Colville told reporters in Geneva.

The Hirak protest movement was sparked in February 2019 over president Abdelaziz Bouteflika’s bid for a fifth term in office.

The ailing autocrat was forced to step down weeks later, but the Hirak has continued its demonstrations, demanding a sweeping overhaul of a ruling system in place since Algeria’s independence from France in 1962.

Marches were suspended for around a year due to the coronavirus pandemic, but protesters have returned to the streets since February 13 as the movement regains momentum.

Since then, Colville said the rights office had received “sustained reports of unnecessary and disproportionate force against peaceful protesters, as well as continuing arrests.”

“Hundreds of protesters, or anyone alleged by security forces to be a demonstrator, are being arbitrarily arrested,” he said, adding that around 70 people were reportedly currently detained “for exercising their legitimate human rights.”

Some protesters had meanwhile reportedly only been released from detention after being forced to sign a document vowing to halt their participation in the demonstrations.

“New allegations of physical and sexual violence in detention have also been surfacing in recent days,” Colville said.

Authorities had prevented a number of marches from occurring and were blocking access to the places where demonstrations were taking place, he said.

“We urge the Algerian authorities to stop using violence to disperse peaceful demonstrations and to halt arbitrary arrests and detention of individuals for exercising their rights to freedom of opinion, expression and peaceful assembly,” Colville said.

He decried that the Hirak activists were being “prosecuted on the basis of overly broad laws, and called on authorities to fulfil a presidential pardon announced in February to members of the movement.

“We reiterate our call on the authorities to conduct prompt, impartial and effective investigations into all allegations of human rights violations, to hold accountable those responsible, and to ensure that victims have access to redress.”