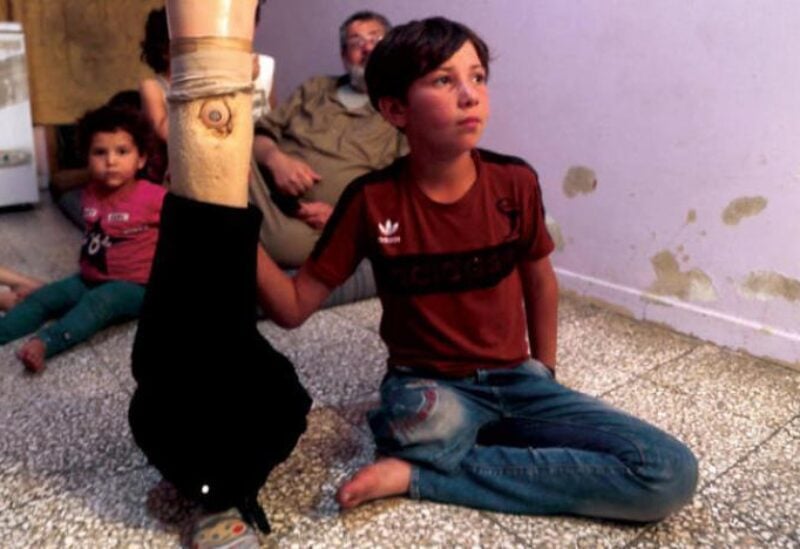 A displaced child who has lost his leg in an explosion in Bab al-Hawa, northern Syria (AFP)

The United Nations Children’s Fund (UNICEF) warned that any failure to extend the authorization to the delivery of humanitarian aid to Syria through Bab al-Hawa would result in a “destructive impact” on 1.7 million Syrian children.

“We call on the United Nations Security Council to authorize and expand for 12 months the delivery of cross-border humanitarian aid to northern Syria. The vote is due by 10 July.

Failing the renewal, the already dire situation of over 1.7 million vulnerable children in the area will get far worse,” according to the UNICEF.

It noted that “Syria is no safe place for children. Without the cross-border assistance, children will be denied life-saving assistance, their protection and access to water, hygiene, medical support, and education will be severely hampered.”

The UN Security Council will decide whether to keep this crossing open, amid concerns that Russia might use the veto.

This way, all the aid crossing borders to Syria would be closed, except for crossings passing through Damascus.

According to the UNICEF, “Needs have grown by nearly one-third since the closing of a critical border point allowing aid to the area.”

“Meanwhile, indiscriminate attacks continue, putting millions of children in danger. So far, at least 12,000 children- and likely many more- have been killed or injured across the country,” it added.

In 2014, the Security Council allowed the delivery of aid through four crossing borders. However, at the beginning of last year, and pressured by Russia and China, it decreased the number of crossings to one, which is Bab al-Hawa.