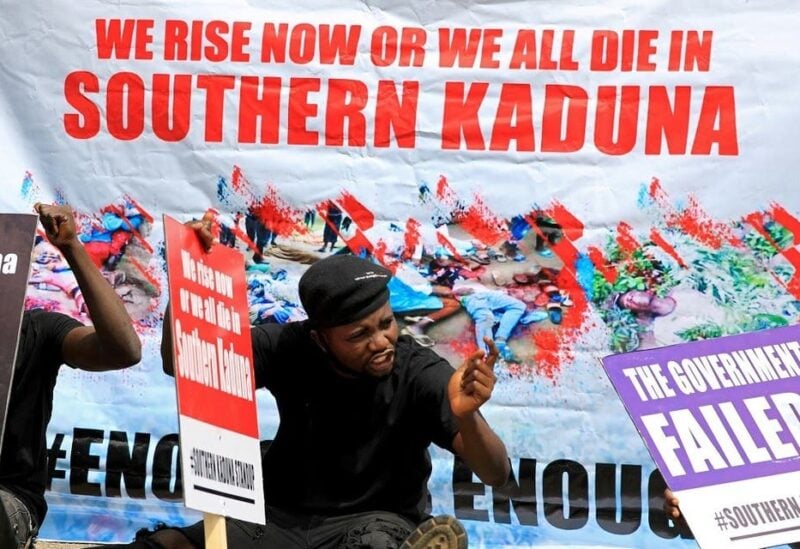 People gather to protest killings in southern Kaduna and insecurities in Nigeria, at the U.S. embassy in Abuja, Nigeria. (File photo: Reuters)

Criminal gangs known locally as bandits have terrorized northwest and central Nigeria for years, but they have become more brazen in recent months and the military has renewed operations in the region.

Troops came under fire before forcing the assailants to withdraw after an intense exchange, he added.

Aruwan said two suspects were being questioned in connection with the attack.

Also on Sunday, gunmen attacked a church in Kachia’s district of Kaduna state.

“A life was lost and some worshippers were seriously injured,” Aruwan said in a separate statement.

Bandits who raid villages, steal cattle, kidnap for ransom, and burn homes, have no known ideology.

The military began a campaign against bandits earlier this month and northern states have imposed restrictions on movement and trade as well as a telecoms blackout to try to curb them.