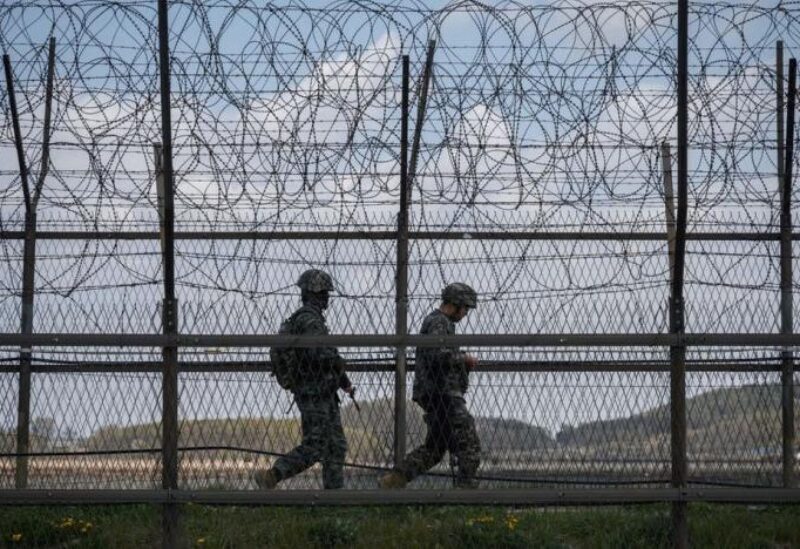 An unidentified person entered North Korea from the South on New Year’s Day, the military in Seoul said Sunday, a rare breach of the heavily fortified border between the neighbors.

Years of repression and poverty in North Korea have led more than 30,000 people to flee to the South in the decades since the Korean War, but crossings in the other direction are extremely rare, AFP reported.

The person was detected by surveillance equipment in the Demilitarized Zone — which divides the Korean peninsula — at 9:20 pm local time on Saturday, South Korea’s Joint Chiefs of Staff said Sunday.

It sparked a search operation by the military, but to no avail.

“It was confirmed the person crossed the Military Demarcation Line into the North,” it added.

The person has not been identified yet, a JCS official told reporters, adding South Korean authorities sent a message to the North on Sunday regarding the incident.

No unusual activity by the North Korean military has been detected, he said.

In the same year, a North Korean who had defected to the South three years earlier sneaked back across the heavily fortified border.

His crossing prompted North Korean officials to put the border city of Kaesong under lockdown over fears he may have the coronavirus.

The vast majority of North Korean who escape first go to China before making their way to the South, usually via another country.

Only a few have dared to cross the DMZ, which is riddled with landmines and has a heavy military presence on both sides.