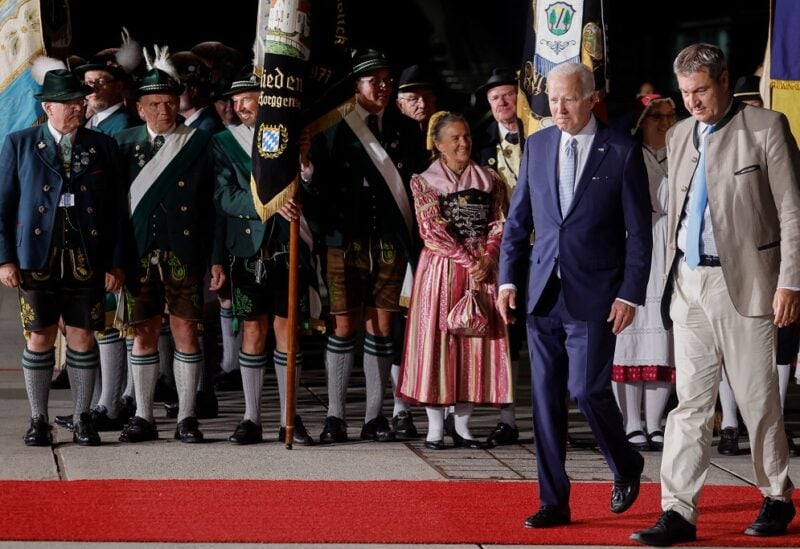 The G7 summit has kicked off in Germany with Chancellor Olaf Scholz welcoming leaders, amid fears of stagflation

From energy shortages to a food crisis, the three-day summit in the Bavarian Alps has been overshadowed by the war in Ukraine and its far-reaching consequences.
The summit, which is taking place at the Elmau Castle, a luxury hotel with a fairy-tale setting and a tumultuous past, is a five-star resort that has been transformed into a fortress.
In wake of Russia’s invasion of Ukraine, global energy prices are soaring and food prices are hitting economic growth with the United Nations warning about an “unprecedented global hunger crisis”.
For the G7 summit, the rise of authoritarianism, an increasingly assertive China, and climate change are also set to be on the agenda.

Although they want to avoid sanctions that could stoke inflation and exacerbate the cost-of-living crisis affecting their own people, the 7 leaders are expected to seek to show a united front by supporting Ukraine for as long as necessary and cranking up pressure on the Kremlin.

Before the summit, an European Union official said, ”The main message from the G7 will be unity and coordination of action.”

The G7 summit in 2015 was also hosted at the castle resort of Schloss Elmau in which Russian aggression against Ukraine dominated the agenda.

The summit is also an opportunity for Scholz, nicknamed Scholzomat for his often robotic style, to capitalise on being the host by displaying more assertive leadership on the Ukraine crisis.