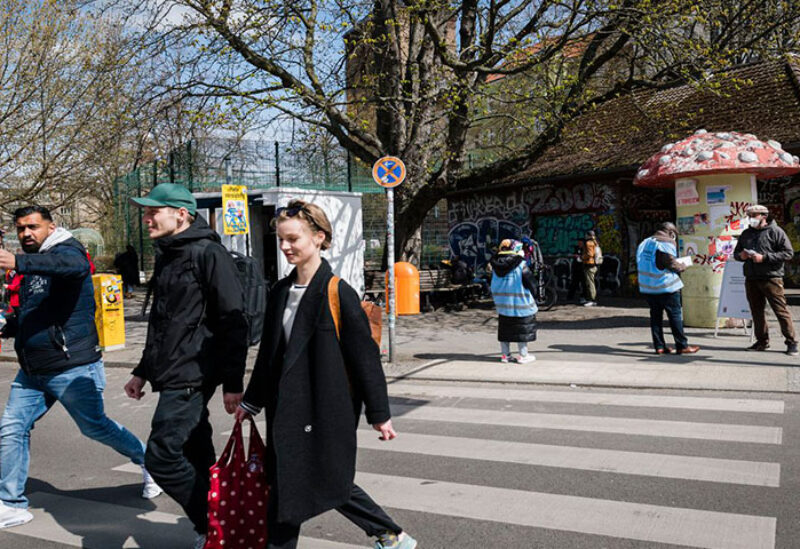 Germany even as Outgoing German Chancellor Angela Merkel described the rise in COVID infections as “dramatic”, while the country is in the midst of fourth Covid wave and many hospitals are being overburdened.
On Thursday, Germany registered a record 50,196 new COVID-19 infections. According to health authorities, it is the first time Germany has exceeded 50,000 cases since the beginning of the pandemic. The death rates have also soared since mid-October.
According to a report from the New York Times, unvaccinated Germans are primarily responsible for the fourth Covid wave in the country, producing thousands of new daily infections — more than the country has had at any point in the pandemic.
Many factors are being attributed to surge in cases, including winter temperature, a slow rollout of booster vaccines, and more pronounced spike in infections in neighbouring eastern European nations.
However, experts are of the opinion that unvaccinated Germans are the primary cause of the present outbreak.
“It’s our low rate of vaccination; we haven’t done what was necessary,” said Herold, a scientist, told the New York Times.
She was part of a team of scientists who modelled the impact of a fourth wave. Early in the year, she had warned that at least 85 per cent of the whole population would need to be vaccinated to avert a delta variant-fuelled crisis in the health care system.
“We are still below 70 per cent. I don’t know how we can win this race against time with the fourth wave. I fear we’ve already lost,” she was quoted as saying.
Pressure is also building on hospitals, in an outbreak blamed on Germany’s relatively low vaccination rates of just over 67 per cent.
About 1 in 3 Germans not yet fully vaccinated, the German vaccination rate is among the lowest in Western Europe, according to reports.
“What we are experiencing is above all a pandemic of the unvaccinated,” the minister of health, Jens Spahn, said this month.