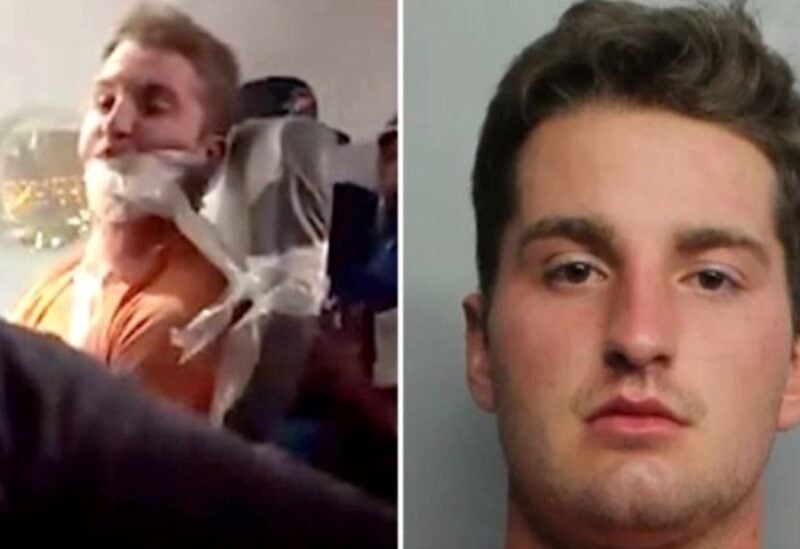 A Frontier Airlines passenger accused of groping two flight attendants and punching a third on a flight from Philadelphia to Miami was trapped on his seat for the duration of the flight and arrested on landing, NBC News reported on Tuesday.

Reuters could not immediately confirm details of Berry’s arrest.

Berry is accused of groping the breasts of one flight attendant, touching the buttocks of second and punching a third in the face, according to the network.

Following that altercation Berry was subdued with the help of other passengers and duct-taped to his seat, NBC reported.

“Frontier Airlines maintains the utmost value, respect, concern and support for all of our flight attendants, including those who were assaulted on this flight,” an airline spokesperson said in a statement released to NBC.