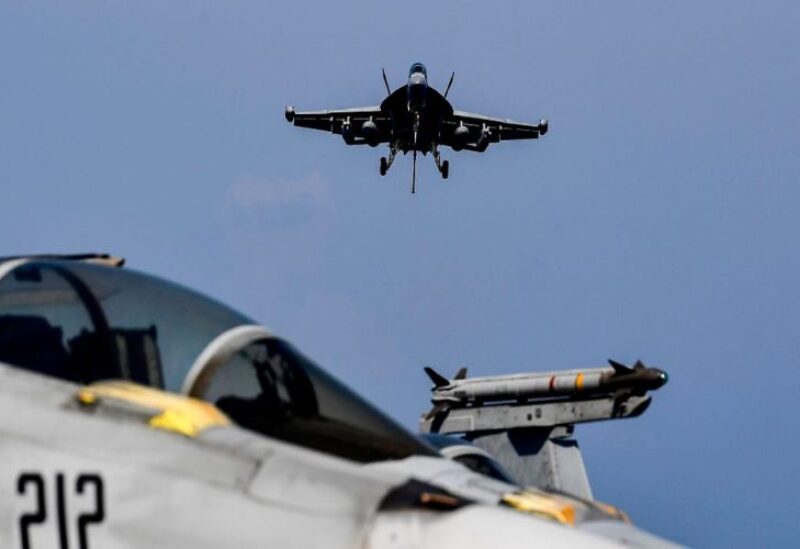 An F-18 Hornet fighter jet prepares to land on the deck of the US navy aircraft carrier in the eastern Mediterranean Sea.

Syrian Kurdish-led forces claimed Monday that its anti-terrorism unit killed five suspected ISIS militants in a raid to break up a terrorist cell in Syria’s east, with US-led coalition help.

The Syrian Democratic Forces unit conducted the combined operation with the international coalition near Busayrah, a village in Deir el-Zour province’s eastern countryside. Based on intelligence and reconnaissance of their presence in the region, it targeted a “dangerous ISIS cell.”

According to the SDF, the militants opened fire on the raiding team that had encircled the region. According to the statement, the police retaliated by killing five alleged ISIS militants. The operation was launched in response to attacks on the local administration and security personnel.

The alliance commanded by the United States did not respond immediately.

Activists and a war monitor reported the raid, implying that people were murdered.

The Syrian Observatory for Human Rights, located in the United Kingdom, said the raid was carried out with aircraft backing from US-led troops. It was aimed at a wanted ISIS member who escaped as the SDF unit approached and was shot dead while riding his motorcycle. According to the Observatory, which is based on a network of local activists, the force subsequently apprehended the sought suspect’s father and brother and shot them dead outside their home.

According to the Euphrates Post, a media outlet covering eastern Syria, a dad and his two kids took refuge in his farmhouse barn throughout the two-hour attack and were targeted for refusing to surrender. Another group claimed to have witnessed fights before the dad and his sons were slain.

Thousands of terrorists hiding in Syria and Iraq’s deserts have subsequently undertaken out strikes against government and Kurdish targets, as well as military positions and oil infrastructure.

Residents in Deir el-Zour province are similarly dissatisfied. Despite its oil riches, the majority-Arab province remains one of Syria’s poorest, and its citizens accuse the Kurdish-led government of discrimination.

According to a local, Busayrah has been under security lockdown since Friday evening, following an attack on an SDF checkpoint that resulted in the death of a civilian, sparking an outraged reaction from civilians that escalated into a shootout.