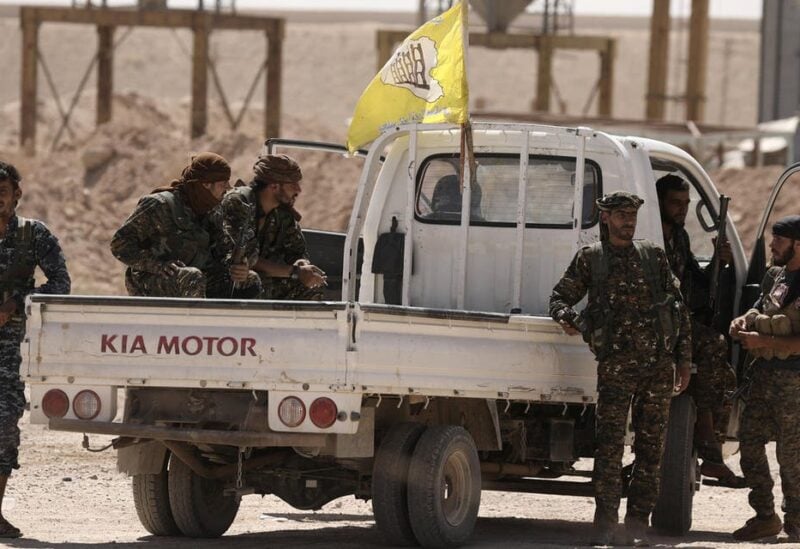 Fighters from Deir al-Zor military council which fights under the Syrian Democratic Forces (SDF) sit on a back of a truck in the village of Abu Fas, Hasaka province, Syria. (File photo: Reuters)

The US-backed Syrian Democratic Forces said on Tuesday they had thwarted a drone attack on the country’s largest oilfield, Al Omar in eastern Syria, in an area bordering Iraq.

Initial reports showed no damage as a result of the attack on the US-protected oilfield in the Deir al-Zor area, close to the former Conoco gas facility where US troops are stationed, they said.

US troops were attacked with rockets near the oil field last week but escaped injury, in an apparent retaliation for weekend US air strikes against Iranian-aligned militias in Syria and Iraq.

Washington blames Iranian-backed militias for a series of increasingly sophisticated drone strikes against US personnel and facilities in Iraq.

Military defectors and residents say Iranian-backed militias who were behind several rocket attacks near the oil field in recent months are behind the latest strikes.

Iranian-backed militias are heavily concentrated west of the Euphrates River in Deir al-Zor province, where they get supplies from Iraq through the al-Bukamal border crossing.

Former US President Donald Trump, who scaled down the number of US troops in northwest Syria under Syrian Kurdish control, has kept hundreds of troops in the vicinity of the country’s main oil fields.

Syria’s main oilfields are in areas controlled by US-backed forces and their proceeds are a major source of financing for the SDF forces.