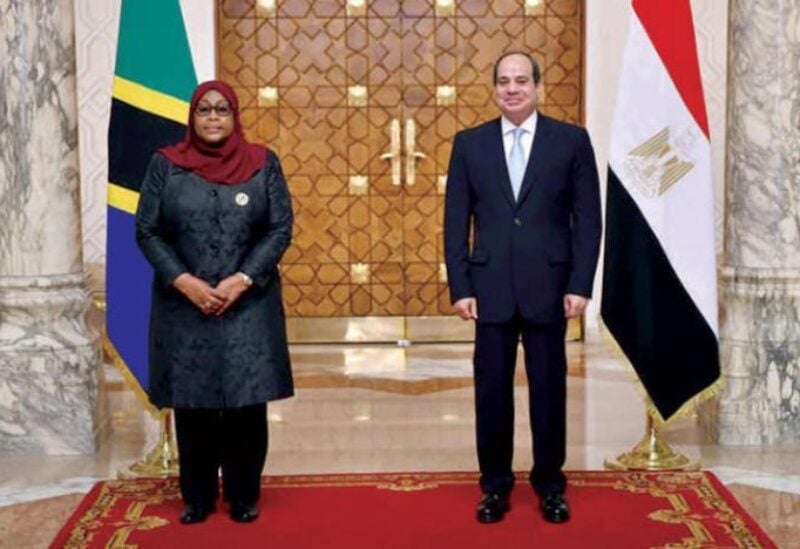 The United States has backed Egypt’s call on resuming the Grand Ethiopian Renaissance Dam (GERD) talks as soon as possible.

“The US and Egypt called for the resumption of negotiations over an agreement on the GERD under the auspices of the Chairperson of the African Union, in line with the Presidential Statement of the United Nations Security Council of September 15, 2021, and the 2015 Agreement on Declaration of Principles,” a joint US-Egyptian statement read.

This came as US Secretary of State Antony Blinken and his Egyptian counterpart Sameh Shoukry concluded the US-Egypt Strategic Dialogue on Nov. 8-9 in Washington.

Around 80 percent of the dam’s construction works have been completed so far, which is a cause of concern to Egypt and Sudan that fear the dam’s impact on their water shares.

Egypt and Sudan have been negotiating with Ethiopia for almost 10 years to conclude a legally binding agreement.

The meeting was followed by extensive discussions between the delegations of the two countries.

The Spokesman for the Egyptian Presidency affirmed the keenness of Sisi on strengthening relations and consolidating strategic cooperation with Tanzania in various fields, especially at the economic, commercial, and security levels, in addition to arranging the holding of the joint committee between the two countries.

For her part, the Tanzanian President stressed her country’s keenness to develop these relations in various fields, especially trade and economic cooperation.

Hassan also expressed her country’s interest in maximizing the technical support provided by Egypt to Tanzanian cadres in the areas of capacity building, as well as obtaining the support of Egyptian companies working in the field of infrastructure.

The Tanzanian president also praised the pivotal role that Egypt plays regionally in maintaining peace and security, commending the Egyptian positions aimed at achieving stability in the Great Lakes region, East Africa, and the Nile Basin.

The meeting concluded with a signing ceremony of several MoUs in the fields of higher education, education, youth, and sports.