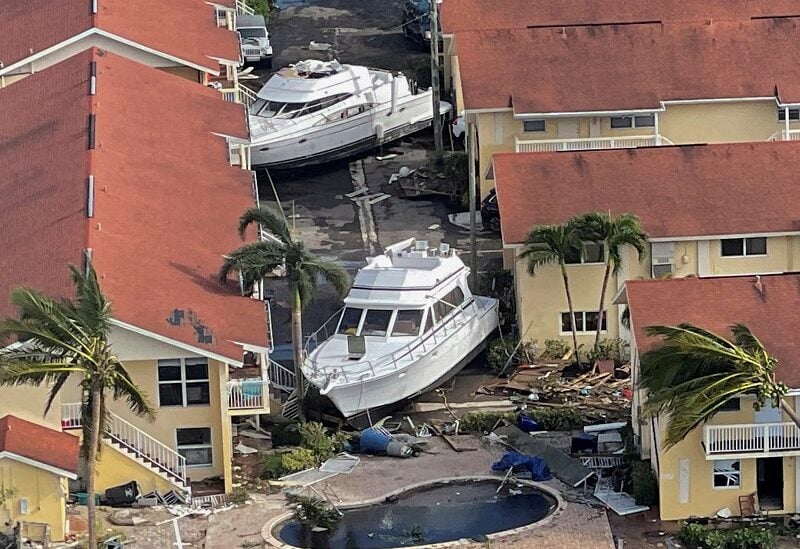 At least 14 people have died due to the Hurricane Ian that hit Florida in the USA.

Speaking at the Federal Emergency Management Agency (FEMA) headquarters in Washington, US President Joe Biden said on Thursday that he is planning a visit to Florida in the wake of Hurricane Ian.
“When the conditions allow it, I’m going to be going to Florida,” the president said. He also plans on visiting Puerto Rico after it was hit by Hurricane Fiona last week.

“This could be the deadliest hurricane in Florida history,” he said, adding that “The numbers… are still unclear, but we’re hearing reports of what may be substantial loss of life.”

At least six deaths have been reported, but this number is expected to climb as rescue workers spread across affected areas.

Hurricane Ian, one of the most powerful storms to have struck US in recent times, flooded homes, washed out roads and bridges and left millions without power.

“We’ve never seen storm surge of this magnitude,” Florida Governor Ron DeSantis told a news conference. “The amount of water that’s been rising, and will likely continue to rise today even as the storm is passing, is basically a 500-year flooding event.”

The storm is expected to make landfall in South Carolina on Friday, according to the NHC.

The hurricane center also warned of a possible storm surge of 6 feet (1.83 meters) or more from Daytona Beach in Florida north to Charleston, South Carolina.

The Carolinas and Virginia are expecting up to 8 inches (20.32 centimeters) of rainfall.

“It doesn’t matter what the intensity of the storm is. We’re still expecting quite a bit of rainfall,” Robbie Berg, a senior hurricane specialist at the NHC, told the Associated Press.