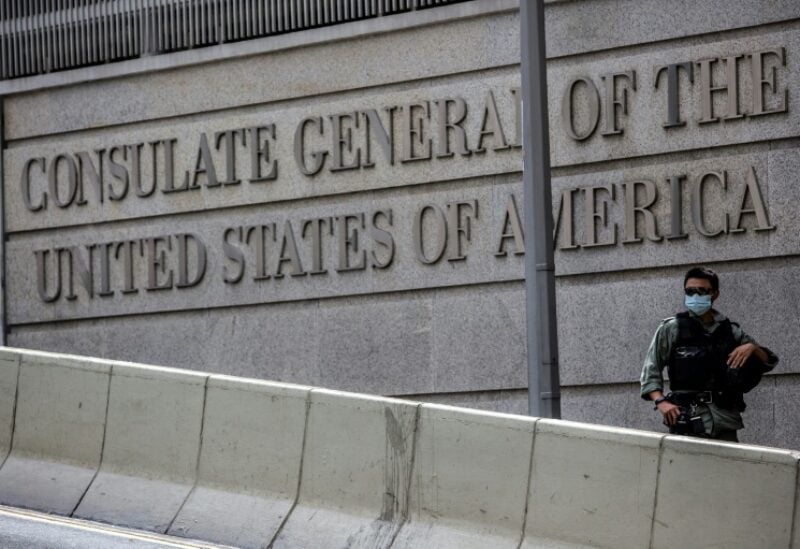 AFP-The United States temporarily closed its consulate in Hong Kong on Monday after two staff tested positive for the coronavirus during a new outbreak that has rippled through the city’s well-heeled “expat” community.

The two cases emerged during an “ambush lockdown” — a tactic used by Hong Kong authorities to descend overnight on apartment blocks where they suspect there may be cases and test everyone inside.

“We have closed the Consulate General to perform a deep disinfection and cleaning while contact tracing is conducted,” the consulate said in a statement after it was informed of the cases on Monday.

Hong Kong has managed to keep infections low thanks to some of the strictest quarantine measures in the world.

It has recorded some 11,000 infections and 200 deaths since the pandemic began.

In recent days, a new cluster that was first traced to an upmarket gym has swept through wealthier districts favored by the white-collar immigrants who staff the city’s finance industries and consulates.

The gym infection has ballooned to more than 100 confirmed infections while some 750 people deemed “close contacts” have been sent to mandatory government-run quarantine camps.

The US consulate infections were first reported by Dot Dot News, an online news outlet operated by the largest pro-Beijing state media group in Hong Kong.

Their report claimed the two consulate staff invoked diplomatic immunity and refused to be quarantined.

That prompted a call from Hong Kong’s largest pro-Beijing political party to protest outside the consulate, but the gathering was moved to a different district and only a handful showed up.

Hong Kong health authorities said the pair were being placed on a hospital isolation ward.

And the US consulate said staff “have abided by all Hong Kong government requirements for the arrival, testing, and quarantine of all diplomatic personnel and their family members.”

In a separate statement, the consulate said it was aware that some US citizens in Hong Kong had concerns about the city’s mandatory quarantine and hospitalization procedures “particularly in regard to the possible separation of children from their parents”.

Hong Kong places people deemed to be close contacts with a coronavirus patient in camps for two weeks, including some children and babies.

Youngsters have previously been sent to the facilities, but scrutiny and opposition have become more vocal since the current wave hit wealthy international schools and neighborhoods.