US ‘deeply concerned’ about violence on Syria-Turkey border 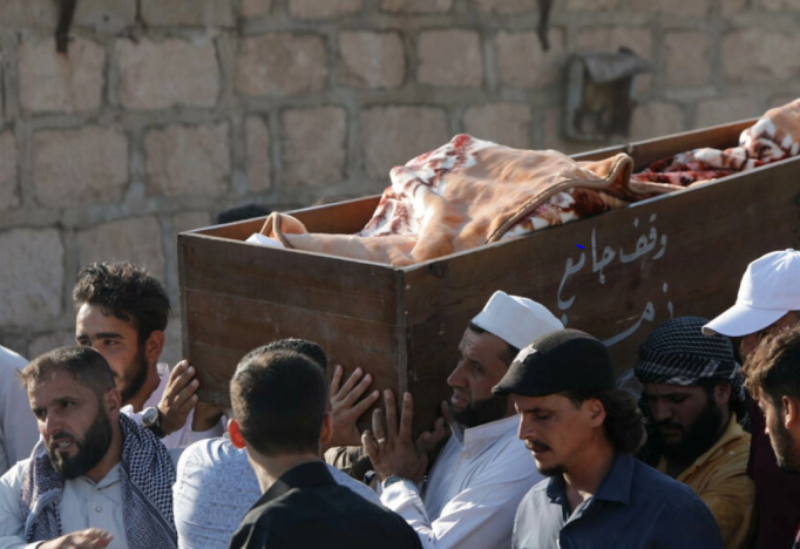 Washington is “deeply concerned” about a recent flare-up of violence along Syria’s northern border with Turkey, a State Department spokesman said Monday.

“The United States is deeply concerned about recent attacks along Syria’s northern border and urges all parties to maintain ceasefire lines,” said spokesman Ned Price, days after increased bombardments in the area reportedly killed at least 21 civilians — including children.

“We deplore the civilian casualties in Al-Bab, Hasakah, and elsewhere,” said Price, adding that the United States remained committed “to ensure the enduring defeat of ISIS and a political resolution to the Syrian conflict.”

The recent bloodshed came against a backdrop of increased tensions pitting the Kurdish-led Syrian Democratic Forces (SDF) against Turkish troops and their Syrian proxies.

On Friday, Kurdish authorities said that a pre-dawn strike by a Turkish drone hit “a training center for young girls” in the Shmouka area near Hasakah in the northeast, killing four children and wounding 11.

The Britain-based Syrian Observatory for Human Rights, a war monitor with a broad network of sources on the ground, confirmed the toll.

In Al-Bab, a town under the control of Syrian factions loyal to Ankara, “artillery fire on a market by pro-regime forces killed 17 civilians — including six children — and wounded another 35,” the Observatory said.

An AFP correspondent said the strike on the town near the Syria-Turkey border had ripped through a market, describing it as a jumble of body parts, strewn vegetables and mangled handcarts.