US does not seek conflict with China, says Biden before G20 summit 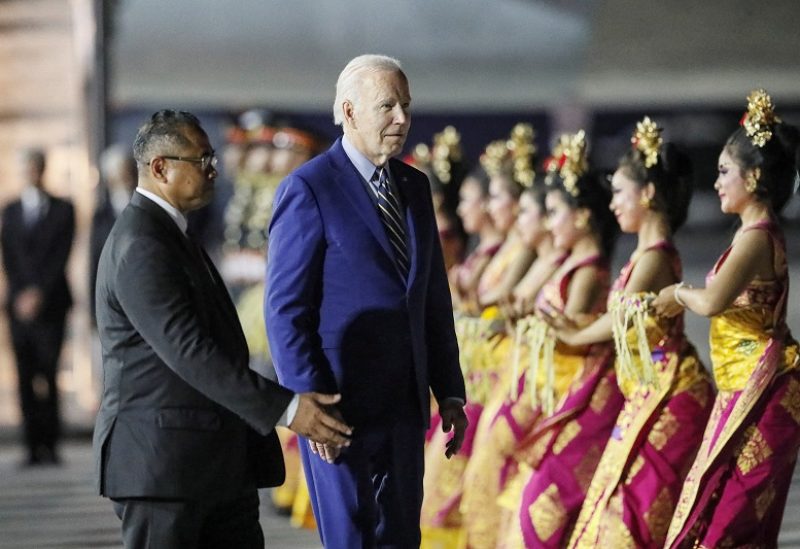 U.S. President Joe Biden walks during his arrival for the G20 Summit at Ngurah Rai International airport in Bali, Indonesia November 13, 2022. Made Nagi/Pool via REUTERS

“The US seeks no conflict with China”, said US President Joe Biden on Sunday, as leaders began arriving in Bali, Indonesia, for G-20 summit. It is expected that G20 summit taking place this time will see tense talks on a range of geopolitical issues. Biden is slated to meet his Chinese counterpart Xi Jinping on Monday. It will be a first face-to-face meeting between the two leaders since Biden took office.
Relations between the US and China are currently under strain. Jake Sullivan, a national security adviser to Biden, told reporters the meeting could last “a couple of hours”.
Biden landed in Bali after attending Association of Southeast Asian Nations (ASEAN) summit in Cambodia. He said that the United States would “compete vigorously” with Beijing while “ensuring competition does not veer into conflict”.
The war in Ukraine and its economic fallout is expected to dominate discussions in Bali and at the Asia-Pacific Economic Cooperation (APEC) forum in Bangkok at the end of the week, alongside climate commitments, food insecurity and tensions over the Taiwan Strait, the South China Sea and North Korea.
Lavrov earlier accused the West if militarising Southeast Asia to contain Chinese and Russian interests.
“The United States and its NATO allies are trying to master this space,” Lavrov told reporters.
Lavrov is representing President Vladimir Putin at the summits and is expected to hear stinging rebukes from within the G20 over the invasion of Ukraine, which Moscow calls a special military operation.