US, Egypt Kick Off Strategic Dialogue 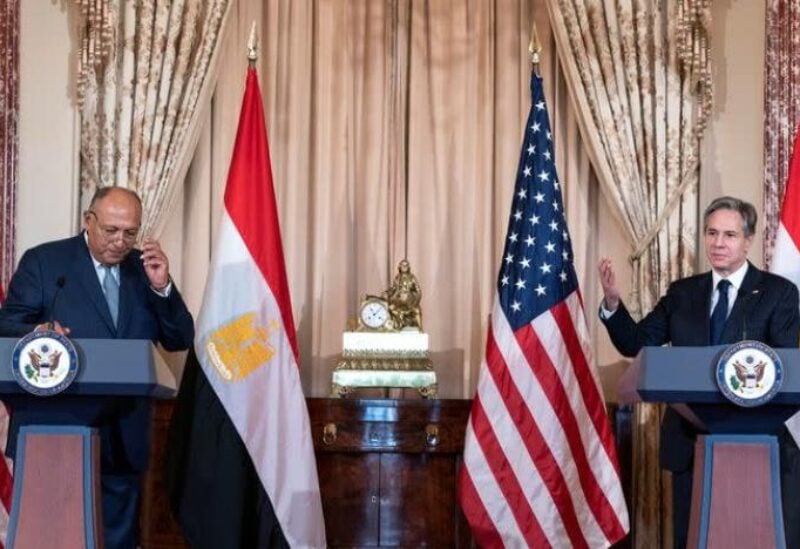 US Secretary of State Antony Blinken met on Monday with his Egyptian counterpart Sameh Shoukry at the US State Department, at the start of the first strategic dialogue between the two countries under President Joe Biden’s administration.

Blinken emphasized the importance of the Egyptian-American relations, pointing to the Camp David Accords, which he said were the cornerstone of peace in the region, and helped pave the way for other Arab countries to make peace with Israel.

He also praised the Egyptian role in reaching a ceasefire last May between Israel and Hamas, and in pushing a comprehensive political process to hold elections in Libya next month. The US official also highlighted the consensus between the two sides on regional issues related to Iran, Sudan and Ethiopia.

A statement by the US Department of State noted that Blinken expressed appreciation for Egypt’s role in supporting regional stability, including its continued work to de-escalate tensions in Gaza, and efforts in support of UN mission in Libya. He underscored the US government’s commitment to Egypt’s water security.

“The Secretary and the Foreign Minister agreed that the Strategic Dialogue presents an opportunity to advance each of these areas of collaboration and agreed to maintain close coordination on these issues going forward,” the US Department said.

On Iran, Blinken said: “We share serious concerns regarding Iran’s destabilizing influence in the region, including its support for terrorism, its ballistic missile program, and the deplorable practice of arbitrarily detaining foreign nationals – including US citizens – to exert political pressure.”

“An Iran with a nuclear weapon would be an even more destabilizing force in the region and beyond, which is why President Biden met recently in Rome with his German, French, and British counterparts to discuss how we can work together to get Iran back into compliance with the JCPOA, the nuclear agreement.”

Regarding the situation in Sudan, Blinken said his country and Egypt “have a shared interest in getting Sudan’s democratic transition back on track.”

“The military takeover that began on October 25th has been dangerously destabilizing. A restoration of the civilian-led transitional government is the only path to facilitating the aspirations of the Sudanese people…” he stated.

He also touched on the crisis in Ethiopia, noting that the US continues to engage with all parties to the conflict and with partners in the region to encourage peace negotiations without preconditions in pursuit of a ceasefire.

For his part, the Egyptian foreign minister affirmed the depth of Egyptian-American relations, as they represent a basis for stability in a region. He expressed his hope to advance bilateral cooperation on regional issues to achieve common goals.

“We highly value the central role that our strategic partnership with the United States has played both in bolstering our ability to confront challenges to our security, including the fight against terrorism and extremism – and extremist ideology, and in supporting our tireless efforts to achieve a greater and more inclusive growth and economic development for the Egyptian people,” Shoukry stated.

He responded to criticism by various US political circles regarding the human rights situation in Egypt, saying: “We recognize that domestically, we continue to face numerous challenges that are typical of post-revolutionary societies. These are challenges that we acknowledge and are actively addressing without either downplaying their importance or blowing them out of proportion.”

Shoukry continued: “We also believe that human rights are an interdependent whole, which necessitates that we dedicate equal attention to political rights and civil liberties and economic and social rights. This is an evolutionary process unique to each country, one that reflects and takes into consideration its social specificities, developmental realities, religious background, and cultural characteristics.”