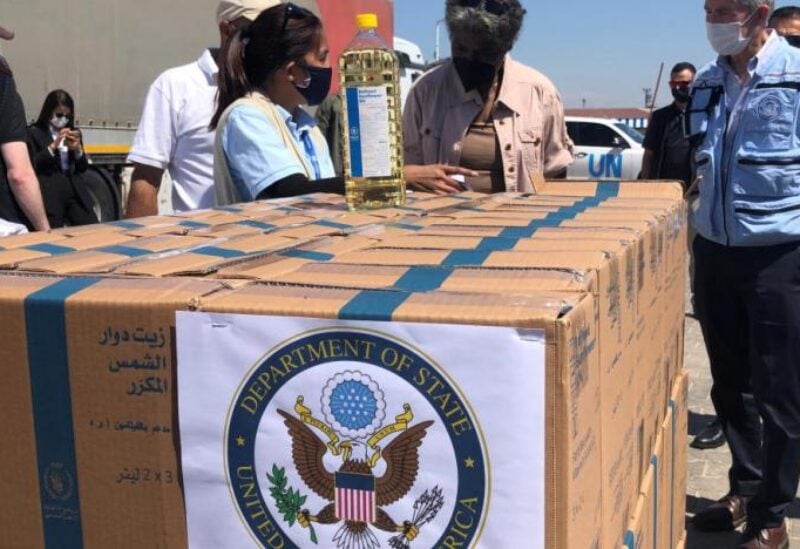 The US Ambassador to the United Nations announced on Thursday nearly $240 million in humanitarian funding to support the people of Syria, Syrian refugees and countries hosting them, and called for access through international crossings to allow the delivery of aid.

Linda Thomas-Greenfield made the announcement during a visit to the Bab al-Hawa border crossing between Turkey and Syria — the sole remaining point of access for humanitarian aid to enter the conflict-ravaged country.

The ambassador is in Turkey on a four-day visit seeking to ensure that humanitarian aid can be delivered to Syria across borders — a program which Russia, Syria’s closest ally, has severely limited in recent years, insisting that the Syrian government should control all assistance to millions in need. The international crossing points were reduced to a single border crossing from Turkey to Syria’s opposition-held northwest at Russia’s insistence.

“I’m proud to announce the United States is providing nearly $240 million in additional humanitarian funding for the people of Syria and for the communities that host them,” Thomas-Greenfield said, according to a statement from her office. “Right now, more than 13 million Syrian people are in dire need of assistance. That’s the population of Los Angeles, New York City, and Washington D.C. combined.”

She added: “Four in five people in northwest Syria need humanitarian assistance. For millions of civilians in Idlib, this is their lifeline. Over the last year and a half, some members of the Security Council succeeded in shamefully closing two other crossings into Syria… Bab al-Hawa is literally all that’s left.”

The United States is seeking the reauthorization of UN access at Bab al-Hawa and the reopening of other border crossings before the current UN Security Council mandate for humanitarian aid deliveries expires on July 10. There is strong support in the 15-member council for maintaining and even adding border crossings, but Russia holds the key.