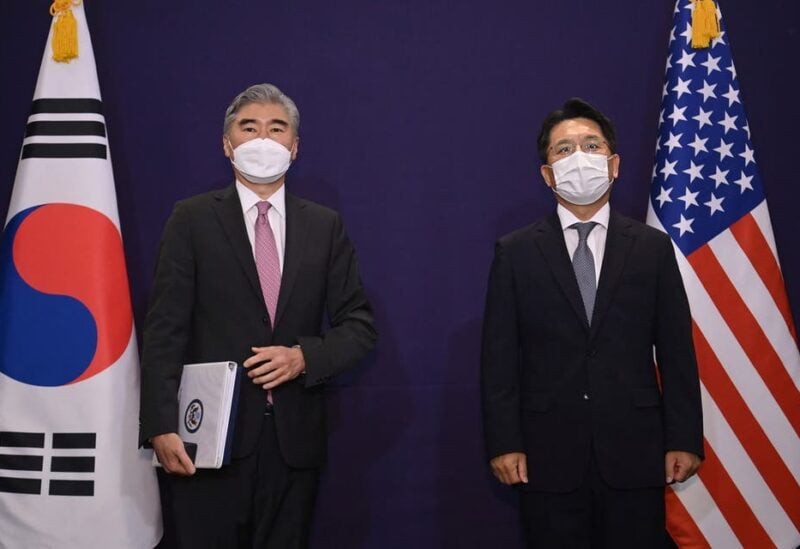 The US envoy for North Korea will visit South Korea this weekend, South Korea’s foreign ministry said on Friday, amid a standoff over South Korea-US military exercises that the North has warned could trigger a security crisis.

US special representative for North Korea Sung Kim arrives in Seoul on Saturday for a four-day visit, during which he will meet his South Korean counterpart, Noh Kyu-duk, and other officials, the ministry said.

“Noh will hold talks with Kim on Monday and discuss ways of cooperation to bring substantive progress for the complete denuclearization and lasting peace of the Korean peninsula,” the ministry said in a statement.

The allies began annual military exercises this week, mostly involving computer simulations with minimum personnel and no live field training in light of the coronavirus pandemic.

North Korea sees such exercises as a rehearsal for war against it.

It warned South Korea that the drills would risk a tentative thaw in relations between the two Koreas, which reopened hotlines last month, a year after North Korea suspended them.

Shortly after preliminary training for the exercises began last week, the North stopped answering the hotlines.

North Korea is staging its own summer exercises but South Korean Defense Minister Suh Wook told legislators there were no unusual military movements from the North, dismissing media reports it was preparing to test fire missiles.

US-South Koran exercises have been scaled back in recent years to help talks aimed at pressing North Korea to dismantle its nuclear and missile programs in return for US sanctions relief but the negotiations collapsed in 2019.

The new US administration of President Joe Biden has said it would explore diplomacy to achieve its goal of the complete denuclearization of North Korea but would not seek a grand bargain with Kim.

Sung Kim, a veteran nuclear negotiator, called on his last visit to Seoul in June for a “positive response” from the North to US offers to “meet anywhere, anytime without preconditions.”

North Korea has conducted six nuclear tests but it suspended them and long-range missile tests in 2018, shortly before North Korean leader Kim met the then US president, Donald Trump, in Singapore.