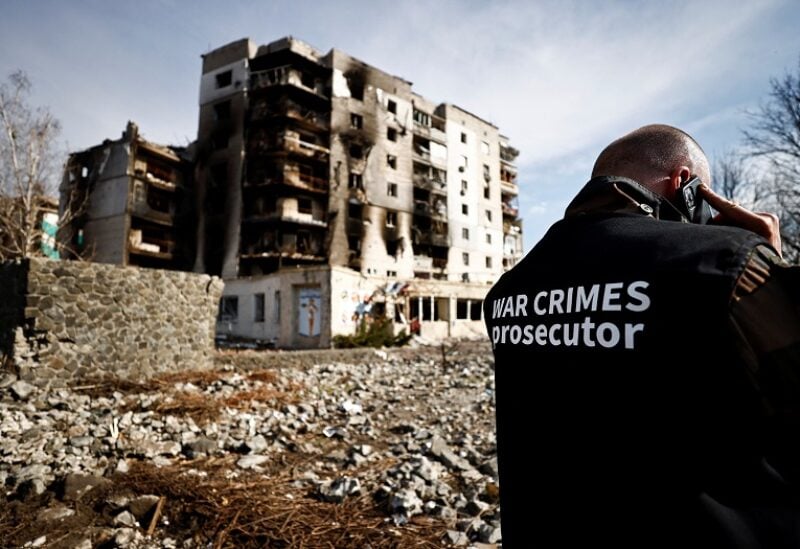 War crime prosecutor's team member speaks on the phone next to buildings that were destroyed by Russian shelling, amid Russia's Invasion of Ukraine, in Borodyanka, Kyiv region, Ukraine April 7, 2022. REUTERS/Zohra Bensemra

In a bid to help Ukrainian authorities in documenting alleged war crimes by Russia, The US, EU and UK announced on Wednesday, that they have established a joint mechanism for this task.

The mission of the Atrocity Crimes Advisory Group (ACA) is “to support the War Crimes Units of the Office of the Prosecutor General of Ukraine (OPG) in its investigation and prosecution of conflict-related crimes,” the group of nations said in a statement.

“The ACA will reinforce current EU, US and UK efforts to further accountability for atrocity crimes in the context of Russia’s ongoing war of aggression against Ukraine,” it said.

US Secretary of State Antony Blinken said the mission will support efforts by the OPG “to document, preserve, and analyze evidence of war crimes and other atrocities committed by members of Russia’s forces in Ukraine, with a view toward criminal prosecutions.”

“The ACA is an essential element of the United States’ commitment that those responsible for such crimes will be held to account,” he added.

UK Foreign Secretary Liz Truss vowed to ensure those responsible for atrocities committed in Ukraine are brought to account.

“The UK has already made a clear commitment to supporting Ukraine in its investigations, including through deploying war crimes experts to the region and releasing additional funding to aid the ICC (International Criminal Court) in their investigations. We are now stepping up our efforts through this landmark initiative with our partners in the US and EU. Justice will be done,” she said.

Russia has been accused of committing war crimes in Ukraine where it began a war Feb. 24. Nearly 4,000 civilians are estimated to have been killed as the war continues.

Last week, the ICC sent a 42-member team to Ukraine to investigate alleged war crimes there.