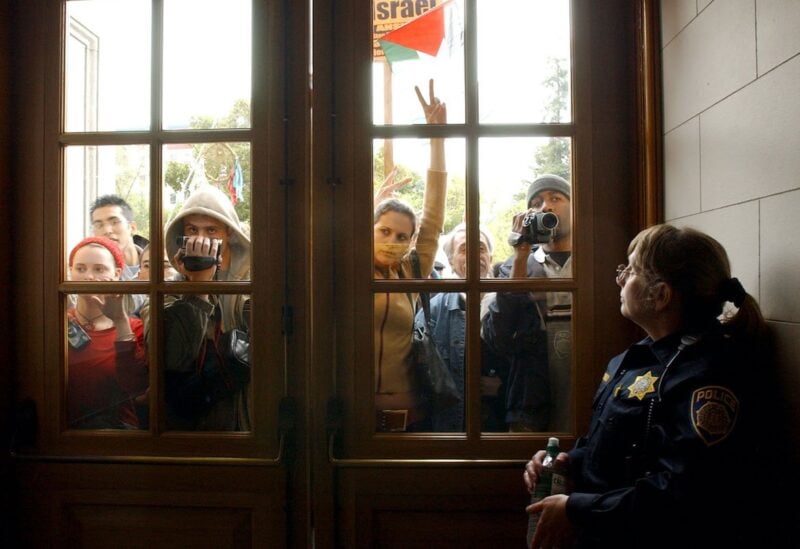 Over one hundred faculty members of one of the world’s leading universities have issued a statement in support of Palestinians and their “struggle as a global movement for liberation from settler colonialism and racial apartheid”.

The statement, issued by staff at the University of California, Berkeley, called on the US government yesterday to demand that Israel immediately cease its attacks on the people of Palestine in their ancestral homelands — a ceasefire actually came into effect from 2am on Friday —as well as to enforce the terms of the Fourth Geneva Convention and bring about an immediate end to the blockade of Gaza. The signatories also urged to US to facilitate freedom of movement; commit to rebuilding the infrastructure of Palestine; and to end the ongoing ethnic cleansing in Sheikh Jarrah and occupied Jerusalem.

“As faculty and staff at UC Berkeley… We know the violence, devastation, and fear of colonial dispossession, the terrors of police and carceral power, the dehumanising force of racial supremacy, the global reach of the US military empire, and the failures of the US media to effectively frame and contextualise events.”

The statement argued that the Israeli military’s latest onslaught on Palestinian lives and infrastructure is “part of a longstanding process meant to curtail the flourishing of Palestinian futures.” The faculty members insisted that such violence must end.

“The struggle for a free Palestine is integral to advancing an anti-racist and decolonial pedagogy and praxis,” they continued. “In California, we know the pressures of censorship on college campuses and in high school curricula to erase, obscure and mischaracterise the scholarship and teaching on Palestine. We will resist those pressures and call for educational justice.”

Moreover, they pointed out that they were encouraged by the deepening Palestinian-Jewish decolonial solidarity as well as the national outcry against the continued violence in Gaza.

“Standing with Scholars for Palestinian Freedom, we affirm the foundational principles of academic integrity and the rights and dignity of the Palestinian people. We join the growing number of faculty members across the United States — from Yale, Princeton and the Universities of Illinois Chicago and Urbana-Champaign, to UC Santa Cruz and Gender Studies Departments around the country — to express our solidarity with Palestine and to recommit to deepening Palestinian knowledge in our teaching, research and scholarship.”

Students from Britain’s Cambridge University also issued a statement a few days ago in solidarity with the Palestinians. “Cambridge SU joins the Arab Society, Palestine Solidarity Society, and other student groups in condemning the recent escalation of violence in Occupied Palestine and Gaza,” said the students.

“We stand in solidarity with the Palestinians protesting the forced expulsion of families from Sheikh Jarrah as Israel continues to expand its illegal settlements in East Jerusalem and the West Bank. As the UN Human Rights Office has warned, this is ‘prohibited under international humanitarian law and may amount to a war crime’.”