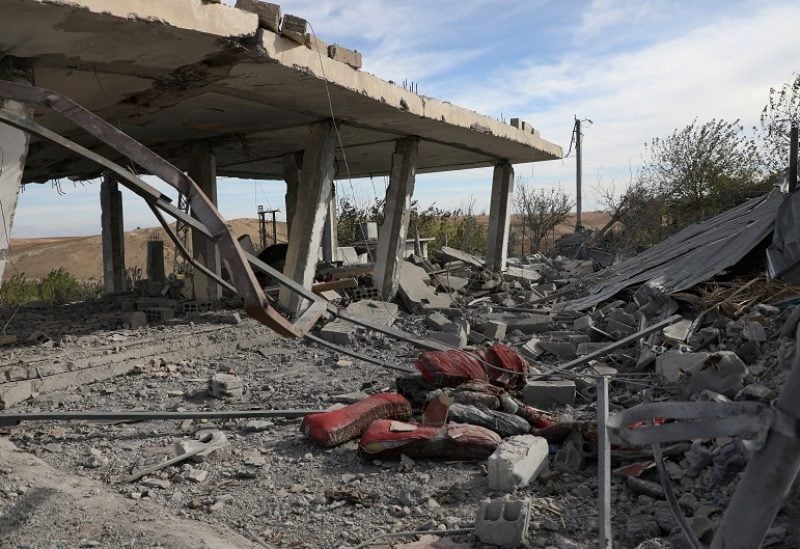 US Central Command said Tuesday that American forces conducted three raids in eastern Syria and arrested six Daesh group militants,.
In their statement, US Central Command said the raids were conducted over the preceding 48 hours, and identified one of the detained militants as “Al-Zubaydi,” a “Syria Province Senior Official” of the group who they say was involved in planning and facilitating attacks in Syria.
Britain-based opposition war monitor the Syrian Observatory for Human Rights said two of the three raids took place in the Deir Ezzor and Hassakeh regions, adding that Kurdish-led Syrian Democratic Forces were also involved. They identified four of the detained as Turkmen weapons dealers affiliated with the militant group.
Two SDF fighters were wounded in one raid.
“The capture of these Daesh operatives will disrupt the terrorist organization’s ability to further plot and carry out destabilizing attacks,” US Army Gen. Michael “Erik” Kurilla said in the statement.
There are some 900 US troops in Syria supporting Kurdish-led forces in the fight against the militant group. They have frequently targeted Daesh militants mostly in parts of northeastern Syria under Kurdish control.
The SDF on Monday said they had detained a Daesh militant who managed cells in eastern Syria.
Syria has been mired in a bloody civil war since 2011 that has drawn in regional and global powers. Syrian President Bashar Assad has mostly regained control of the country, but parts of its north remain under the control of rebels, as well as Turkish and Syrian Kurdish forces.