US government offers temporary refuge to tens of thousands of Venezuelans 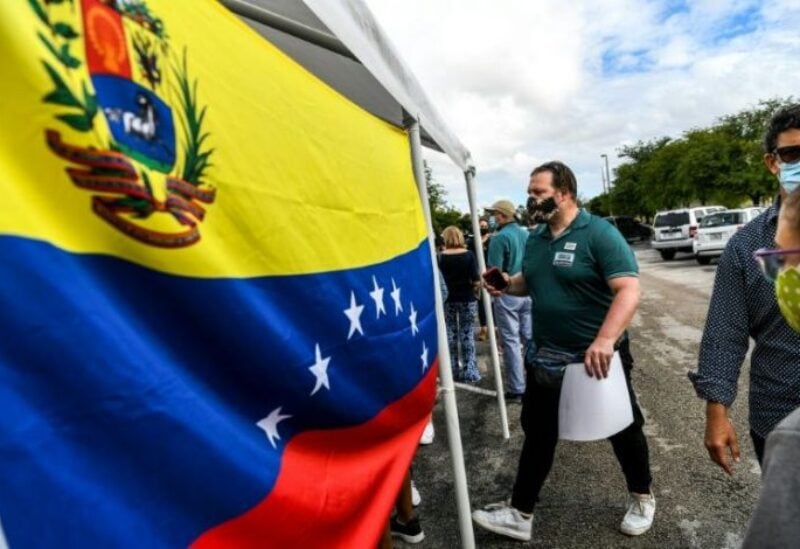 The United States will allow potentially tens of thousands of Venezuelans to seek refuge, in a significant policy shift from the former Trump era, officials said Monday.

Temporary Protected Status, or TPS, is being offered to people who fled political repression and economic chaos in the once wealthy South American country.

A senior official in President Joe Biden’s administration, who asked not to be named, told reporters that “over 300,000 individuals are estimated to be eligible.”

The Venezuelans being considered are all already in the United States but will now be able to escape possible deportation, with stays granted through September 2022.

“The living conditions in Venezuela reveal a country in turmoil, unable to protect its own citizens,” Secretary of Homeland Security Alejandro Mayorkas said.

“It is in times of extraordinary and temporary circumstances like these that the United States steps forward to support eligible Venezuelan nationals already present here, while their home country seeks to right itself out of the current crises.”

Donald Trump — despite backing a push to topple far-left Venezuelan leader Nicolas Maduro — denied Venezuelans the protected status as part of his hardline crackdown on immigration and refugee rules.

On taking office in January, Biden immediately set about reversing what he says were Trump’s inhumane border policies.

The Democrat has come under pressure from Republicans for what they say is a lax attitude which will lead to uncontrollable numbers of illegal immigrants.

But the administration is pushing back, underlining that the doors are not being opened to new arrivals — merely for those already here, who will now be eligible for the 18-month stay.

This is “due to the extraordinary temporary conditions in Venezuela” and because “it is not safe for Venezuelans to return,” the senior administration official said.

TPS allows people fleeing unrest or natural disaster to remain and work for a limited time.

However, those applying will undergo background checks and get 180 days to put in their applications. They must provide proof they were here on or before Monday and pay a $50 application fee and $85 biometrics fee.

A further $410 fee is required for work permits.

According to the UN, 34 percent of the 5.4 million Venezuelans who have fled the country since 2015 are in Colombia, which has no diplomatic relations with its neighbor.

The Colombian government announced Monday that it was giving protected status to almost one million undocumented migrants from the neighboring country.