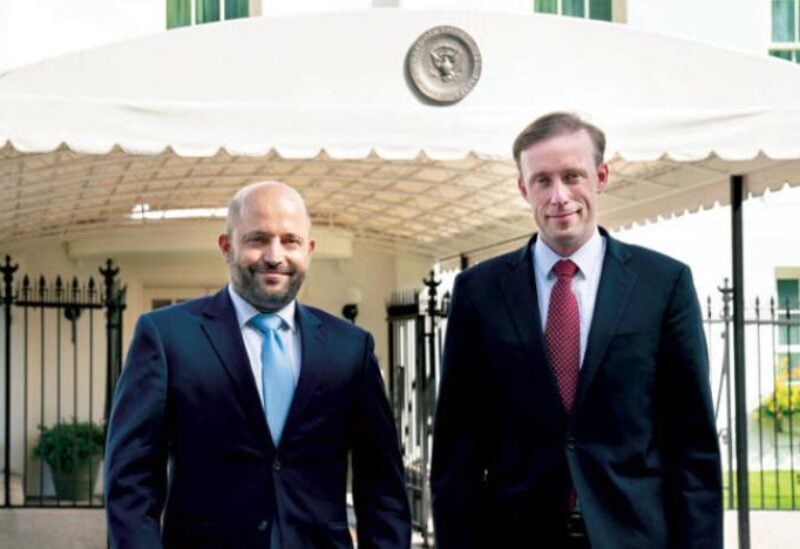 Israel’s National Security Adviser Eyal Hulata has announced that talks with his US counterpart, Jake Sullivan, are part of deepening strategic coordination between Tel Aviv and Washington on Iran’s nuclear program.

Hulata stressed that Israel “is trying to expand interest in Iran’s nuclear file so that it includes other issues related to Iranian arms in the region and hegemony schemes.” He also said he would discuss other matters during his trip to Washington, including deepening and expanding the Abraham Accords.

He kicked off his trip on Tuesday.

The top security official had participated in a security briefing with Prime Minister Naftali Bennett on the eve of his trip to Washington.

He said that he and Sullivan have almost daily conversations by phone, but “sometimes it is necessary to meet face to face.”

He confirmed that his trip was planned, “but it became more urgent in wake of the phone call between Bennett and US President Joe Biden, two days ago.”

Hulata admitted that there are differences with Washington on several issues, but said that “coordination is deep, important and strategic and we are working on it.”

“Coordination with the US is an essential element that the Prime Minister insisted on from the first moment. It is no secret that Israel and the United States do not agree on the Iranian issue, especially when it comes to the nuclear deal,” said Hulata.

“There is a danger that after returning to the deal and lifting sanctions, the US will lose the tools that would allow it to impose a longer and stronger agreement on Iran,” warned Hulata.