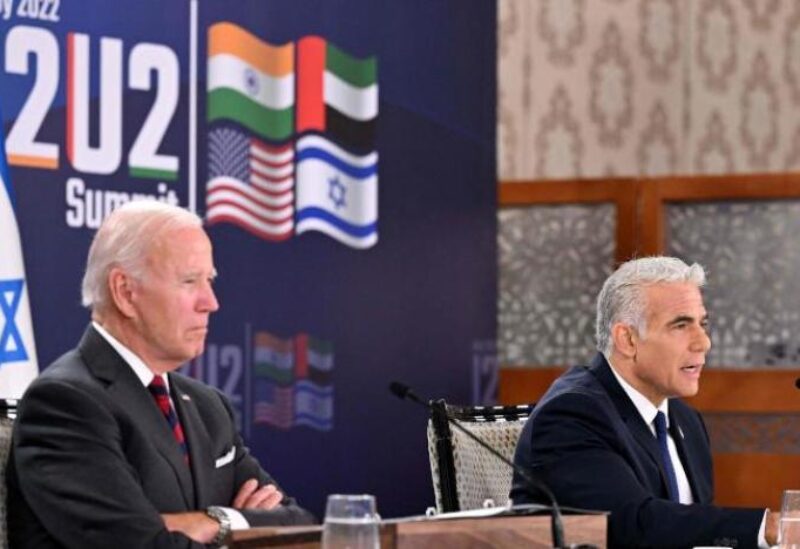 “We will not allow Iran to acquire a nuclear weapon,” Biden told a news conference following the signing of the declaration.

Thursday’s statement reaffirmed US support for Israel’s regional military edge and ability “to defend itself by itself”.

“The United States stresses that integral to this pledge is the commitment never to allow Iran to acquire a nuclear weapon, and that it is prepared to use all elements of its national power to ensure that outcome,” the statement added.

Lapid said the international community must be willing to use force against Iran in order to halt its nuclear program.

“The only thing that will stop Iran is knowing that if they continue to develop their nuclear program, the free world will use force,” he said after the signing ceremony. “The only way to stop them is to put a credible military threat on the table.”

Speaking alongside him, Biden described preventing a nuclear Iran as “a vital security interest for Israel and the United States and, I would add, for the rest of the world as well”.

Biden has pushed for a return to the nuclear talks with Iran but said it was up to Iran to respond.

“We are not going to wait forever,” he said.

The Jerusalem Declaration further committed the United States and Israel to cooperating on defense projects such as laser interceptors, as well as on civilian technologies.

The United States was open to future defense grants to Israel, the statement said, reaffirming Washington’s interest in reviving talks on an Israeli-Palestinian two-state solution.