US military carries out strike in Syria on Iran-linked targets 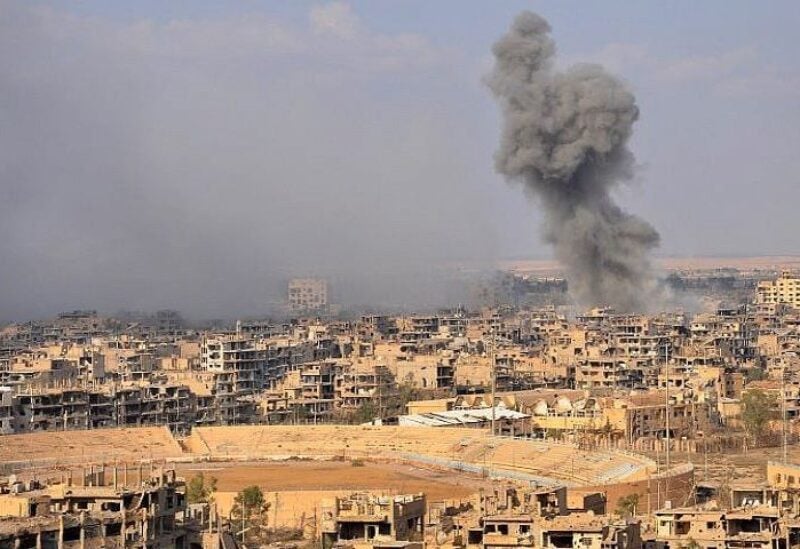 Albu Kamal in the Deir ez-Zor

As the United States aimed to respond to a draft agreement proposed by the European Union that would bring back the 2015 nuclear deal with Iran, US military said it carried out air strikes on Tuesday in Syria’s Deir Ezzor against facilities used by groups affiliated with Iran’s elite Revolutionary Guards Corps (IRGC).
The military’s Central Command said in a statement that such strikes were aimed at protecting US forces from attack by Iran-backed groups.

It cited one such incident on Aug. 15, which Reuters has reported involved drone attack on a compound run by coalition and US-backed Syrian opposition fighters, with no casualties.

Central Command called the strikes a “proportionate, deliberate action intended to limit the risk of escalation and minimize the risk of casualties.”

The statement about Tuesday’s US strike did not mention whether there were any casualties and did not say whether the air strikes were carried out by manned or unmanned aircraft.

This is not the first time US warplanes have struck Iran-backed forces in Iraq and Syria. The United States hit operational and weapons storage facilities at two locations in Syria and one in Iraq in June last year.

US forces first deployed into Syria during the Obama’s administration’s campaign against Islamic State, partnering with a Kurdish-led group called the Syrian Democratic Forces. There are about 900 US troops in Syria, most of them in the east.

But Iran-backed militias established a foothold in Syria while fighting in support of President Bashar Assad during Syria’s civil war.

Iranian-backed militias are heavily concentrated west of the Euphrates in Deir Ezzor province, where they get supplies from Iraq through the Al-Bukamal border crossing.